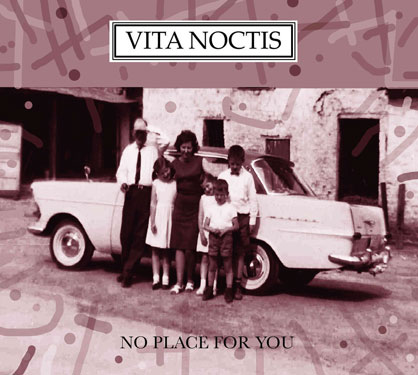 No Place For You

Vita Noctis is one of those Belgian minimal wave bands that gathered a true cult status, even though they only managed to released a couple of tapes and a EP between 1984 and 1986. In 2011 Minimal-Maximal/Dark Entries Records released a double 12” compiling most of their early works, but today Daft Records presents us a true newly and fresh recorded album by Vita Noctis. I must say I was happy to hear the overall sound of the album stayed faithful to the real Vita Noctis sound of their heydays. Minimalistic, melodic and melancholic electronic compositions with fragile female vocals but without sounding dull or outdated. Quite the opposite, I would dare to say! Some songs remind me of for instance Die Form and other modern acts like The Knife or Austra. It almost seems as if Vita Noctis came back because they couldn’t bare it anymore to hear and see all those ’So Called Minimal Wave bands’ desperately trying to get a piece of the action of this current Minimal-Wave hype. As if they came back to show them how it’s really done. 13 tracks in the real minimal and Vitac Noctis tradition! It’s clear that Daft Records is back on track with yet another must-have release!