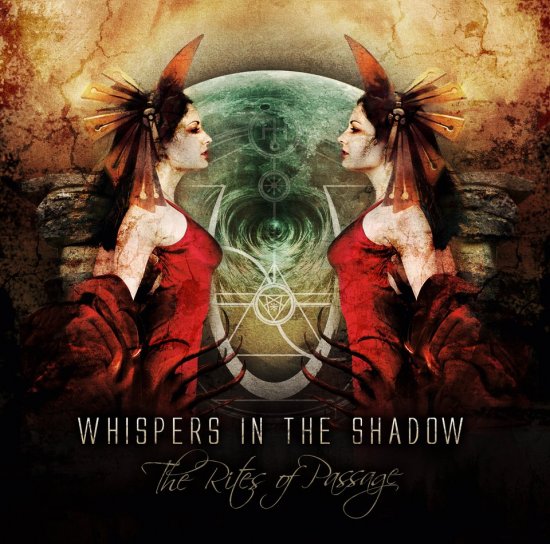 The Rites of the Passage

My Goth, I am glad to be one of the first to listen to this Magnum Opus! 'The Rites of passage' is dark and heavy, but it drags you into the music, once the gates are openened.
So from the start i was moved into this dark story that gave me the creeps, guided by a very talented voice.
The studio and artwork are really from the same level as what has been done on Abbey Road.
The time is now to get hooked on The Whispers in The Shadow: they have never been so good and have found what they are strong in: telling dark stories, guided by guitars with a certain retro 80' sound (with a slight Muse 'injection'), not to forget the synth and drums (with their typical sound) and for sure: making their own music as only they can make it sound like.
Love the Arabic injection too, just as the female voice on the background.
It's hard to pick out some songs, as there is no time to think, one song rolles over the other, just so powerfull and going full throttle. However, after numerous listening parties, i decided to pick out 'The Rites of passage', 'Call to arms' and 'Secret of silence'.
Get out and buy it, go out and see them on stage, what can i ask more for?