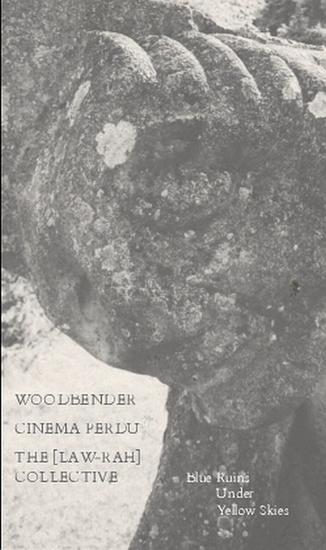 The cooperation between Bauke van der Wal ([Law Rah] Collective), Martijn Piek (Cinema Perdu) and Jon Unger (Woodbender with Martijn Piek) results in a two track trip into David Lynch country. Like the movies and series from producer David Lynch the music of this trio has those interesting, unexpected twists but always keeps within a certain mainframe.

The slowly built ‘Blue Ruins’ starts with a piano, but ends as a strange, almost alien, sounding soundscape track while the middle piece of the song is dark and haunting. ‘Yellow Skies’ has got the same elements, but sounds more haunting and even more alienating as the first track. The track is moving from quiet, harsh, dark and disturbing into quiet once again. It is always with a certain tension and feeling ’of what comes next’. This is music for adventurers; a person who likes to wander of the beaten track and doesn’t need to be influenced by what the masses think is ‘normal’. This should (or could) be the movie track for the new series of Twin Peaks.