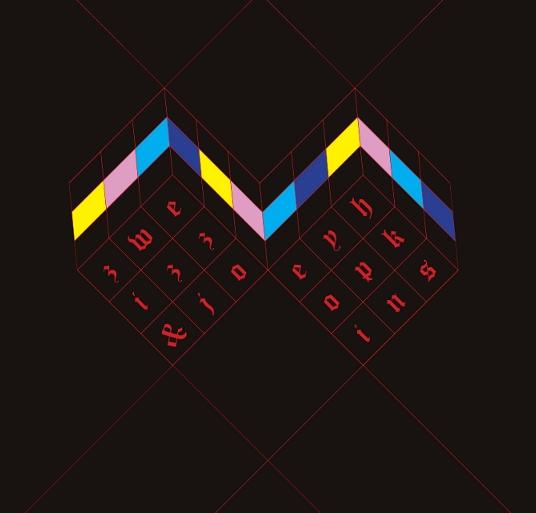 How do you review an album from a project you've never heard of? A quick read through the press release didn't get me any further either, apart from the premature demise of Joey Hopkins, who died in 2008 at the age of 26. Zweizz & Joey started working together in 2007, and 2011 brings the result and continuation of that collaboration, in vinyl and later on CD. Zweizz made the album as a tribute, and a tribute it has become.

One would imagine that the tone of the album would be set, but that is not taking the eccentric taste of the duo into account. dWill 2 dPower -Tomorrow's intro does exactly the opposite, a noise beat and nervous synth noodling takes the album in a completely different direction.

The noodling from the intro gets overpowered by harsh rhythmic layers as the song progresses, alternating this harsh noise with wide ambiences makes the song for one the attached listener, maybe lacking a bit of coherence.

Much more impressive is the follow up Black Strobes where some initial bleeps are combined with an hypnotic voice and thoughtfully programmed beats, some sort of Lassigue Bendthaus meets Muslimgauze. The glitchy rhythms carry the song and are along the way accompanied by more layers spreading on top of the rhythm, bridging the parts. Four minutes in the sound gets to high frequency for my taste, loosing most of the beats that drew my attention in the first place, making the remaining one and a half minute an obsolete outro.

Bimor Bibmoj again starts of with heavy emphasis on the rhythmic component, with arcade style bleeps and noises, there is definitely some black metal influence here, with bass drum heavy backings and power chord structures, fortunately they are well disguised within the song. This song, however, suffers somewhat from the same disease as the previous one, as I lost some of the focus somewhere halfway in the song, although the 21st century medieval harpsichord style ending does have its charm.

The metal influences stay strong with Smash Politics Gag, which combines the same sparse medieval harpsichord with a ridged metal base structure and a hint of Bluegrass (for lack of a better word), a strange combination I must admit but somehow it fits.

Throughout the following songs, there are -among others- more metal influences that gets mangled in a very digital sounding way. Maybe because of this digital nature it becomes apparent that the frequency balance is at times a bit lost, or at least complex; bass frequencies are lacking definition, and are too often washed away by a very digital hissy wall of noise, which makes the listening experience tedious at times.

Each of the individual songs however has potential, the interlude of Porcelain Dolls in the Bath is glorious! The whole album is a true unique cross-over of styles, making the album worth a second and numerous consecutive listens.

All in all the collaboration between Zweizz and Joey Hopkins can best be described as unique, eclectic and stubborn, harbouring truly intriguing compositions, covering a style resembling early Institut just as easily incorporating an Icelandic pop feel, IDM or Black Metal.

An album sampler is available here:

Same genre: DRONE
STAATSEINDE • Crazy Earthlings Collab Tape - Episode II
THE MARY HART ATTACK • The Falling Sun
PHALLUS DEI • Black Dawn
NADJA • The Stone is Not Hit By The Sun, Nor Carved With A Knife
BLACKWOOD • As the World Rots Away
GLERAKUR • Can't You Wait
THORN 1 • The Leave of Leaves
MICHEL BANABILA • Early Works/Things Popping Up From The Past
RICARDO DONOSO • Quintesence
BE • One