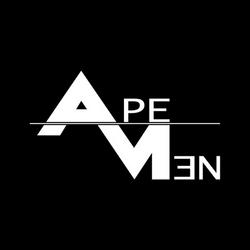 ‘We Agree That Most Things Are Awful' - APE|MEN Taking care of Bulgarian taste in Electronic Music.

The Sofia based trio formed in 2013 refer to their music as ’gritty scuzz guitars over a machine pulse’. In spite of the recent debut as APE|MEN, they are by no means newbies in the industry. While remaining true to their signature indietronic roots, they blend Reznorian vocal style with Colemanish motifs in the latest pieces. APE|MEN began releasing a succession of songs in March 2014, keenly aired by US radio. Meet a crisp collective from Eastern Europe.

How have you debuted the APE|MEN project?

Gone are the times where you can just make music and hope to be recognized. There’s so much noise to cut through that it’s really all hands on deck. You can’t just be a guitar player or just sing, not in indie, not unless you’ve got money and a good publicist. Especially if it’s something new without an existing audience.

With APE|MEN we decided to go a different way. We had demos for five songs ready. Enough to fill an EP. We could have released that EP and hoped for the best.

Instead we teamed up with a local radio and announced the release of four songs in a row. Each would come out on the last Friday of four consecutive months. So, at the end of March we debuted ‘Up is the new bottom’, ‘Cash’ followed in April, our big hitter ‘Bye Bye Devil’ in May, and ‘Second Skin’ closed out June. Each song was accompanied by its own modest promotion. That was enough to land us airtime with a dozen or so US indie radio stations, turn some heads, and win over our first fans. It also gave us time to pool some funds for a video.

Now we’re gearing up for a proper EP release at the end of October. It’ll be a digital release. Later, if there’s interest, we’ll consider vinyl, maybe a CD.

There is no indietronic scene. It’s depressing not having someone to be stacked up to. We’re literally in competition with ourselves. One of the best things to drive music forward is a scene, so let’s hope one emerges soon. But, honestly, we’re happy to join something regional, too. An EU-wide indietronica circuit would be great for us and others in our shoes.

What makes you stick around?

Making music, the process, listening to the finished song, playing it live. That alone makes it worthwhile. But, let’s face it - we all want to reach as many people as possible. The best thing that could happen to one of our songs is for it to reach a bigger audience.

You are associated with Gravity Co., which has a rather different target audience. Does this hinder your proper positioning in the alternative field? How do you deal with the unwanted connotations that might occur?

The first words that we sang as APE|MEN, without even realizing that we had a future as an indietronic trio were ‘Here’s the Apeman!’. The three of us were cutting the Lost Satellite album with Gravity Co., at that time.

APE|MEN is a standalone musical collective. It has its own distinct sound, vision, and presence. We’re happy to be affiliated with others, largely because we’re proud of what we do. Also, we’re probably the only band from the South East EU that doesn’t smoke, that really sets us apart from the rest.

What are the main topics that you tackle, which manifest themselves in the lyrics as well?

Human behavior and what surrounds us as society. Our general need for antagonism. The things that occupy our minds.

Genrewise which are your main influences?

We equally love the Beatles and Nine Inch Nails. We don’t purposely aim to fit a particular influence. We’re more into asking questions like, how can we clean up the synth sound? Can that guitar fuzz sound more like a saxophone? Is there enough hip-hop in the beat?

Apart from your own thing do the musical tastes of the band members overlap or are there some minor clashes?

Incredibly, our tastes are quite similar in terms of appreciation - we agree on what’s good and what’s awful. We agree that most things are awful.

Right now we’re cutting our teeth with local gigs to really build our set. But, nothing beats playing live and we’ll be on the road sooner than later. Our first tour will likely be European, ideally festivals and dive bars. We wouldn’t mind pairing up with local acts and helping build an indietronic circuit, particularly in Central Europe, why not Benelux. Of course, we’d be very open to penetrating the scenes in Scandinavia and Germany.

ADAN & ILSE • I don't think it's important to know where do we come from. What makes it original is the sounds and the songs, not the country.
MONOVIBES • We really love playing live, nothing beats the interaction between the audience and performing the songs.
TSIDMZ • We are not so much at war against a nation, against a phenomenon or a political idea, but rather against a new and scary aeon that will sweep away our traditions and trample everything our ancestors fought for.
KATIE PARKER (ACTRESS) • People who don’t have compassion for the environment scare the hell out of me.
DIABULUS IN MUSICA • We love to play at the Metal Female Voices Fest and we can’t wait to go back!
NON-HUMAN PERSONS • Sound is a very important part of my work, I really want to make it unearthly and powerful.
HATCHLING • I was captivated by the twisted sound of Bowie’s 'The Hearts Filthy Lesson'
GAYTRON • Gaytron is a kind of personal Christopher street battle against intolerance, gay bashing and homophobia!
AGENT SIDE GRINDER • We are very excited to play BIMFEST! Belgium has a rich history of great bands that formed the Industrial, EBM, Synth genre, we are honored to be part of it.
WRANGLER • I wonder if I would choose to actually make music if I was starting today. The capacity to be creative has been democratised in all forms.