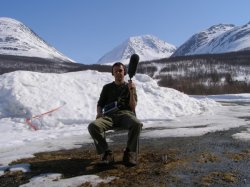 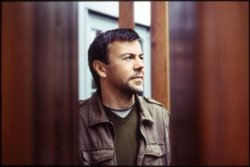 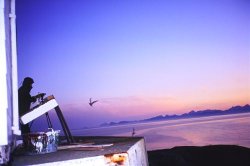 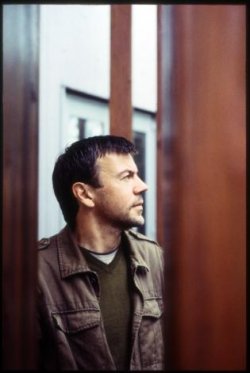 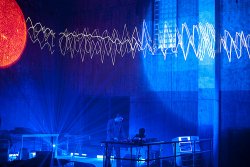 I just got bored with beats.

Peek-A-Boo had the honor to speak with Geir from Biosphere who recently released another ambient masterpiece, "N-Plants" on Touch. A very weird record as it dealt about the possible risks from nuclear plants that were standing on ground, is that is sensible for earthquakes and tsunamis...and yes, it was written before the nightmare became reality!

Geir, you are an electronic musician who has known lots of developments or is it more a case of trying out all these different things?

I think it's natural that you develop over time. For example I cannnot listen to the music that I made around 1988-89. Actually I have been bored with that kind of since the early 90s. An artist should be curious. Curiousity will automatically lead to new discoveries and new musical styles. I have always thought that it would be pathetic to play exactly the same tracks or the same style all the time.

I think it's funny to think about this, but have you never thought why you're an electronic composer and not, let's say, a blues or rock performer?

When I think about musicians like you, I imagine someone being at home totally hidden behind tons of equipment. You don't have to show me your house but I guess there's nearly room for furniture?

No, I am not one of these synthesizer nerds. I have only three small synthesizers and a laptop. No effect racks. I like to travel light. Probably because of my mountaineering background. Less is more. Less is less confusing. Less is faster!

In the beginning of your career you were involved in Bel Canto. A groundbreaking band. What do you think of their stuff now and do you think this period has kind of shaped the artist you are now?

We were very influenced by the 4AD label. Today, I find that music very pompous and over-produced.

I guess lots of people dream of seeing that old line up from Bel Canto once again but should they just keep on dreaming?

We did four gigs in Norway last year. Unfortunately, I don't have time to play in a band.

Thereafter you got involved in the dance scene of the late 80's/90's. I remember Colin Newman from Wire telling me back then that this music was, for him, equal to punk. Did you consider yourself punk back then?

Yes, in a way, because it was something new happening again. Almost like the post-punk period ten years before that. Lots of new artists and new labels.

From punk to the commercial world. How did you react when Levi's approached you to use "Novelty Ways"? A sell out or finally the way to let the world your hear your music?

I didn't have much control over this. The track was licensed by R&S Records. It was a bit flattering to be the first non-American artist to be used in a Levi's commercial though.

From the moment you got in touch with Touch (ha!) you explored another direction of electronic music: ambient. Has this something to do with your passion for nature, as I understood you're a climber?

I don't think so. I just got bored with beats.

Your latest album "N-plants" is more than just some interesting stories as this was actually your thoughts about a nuclear plant being at a riskzone in Japan before 'that' disaster happened! Can you tell us your feelings when you heard for the first time that an earthquake caused this nuclear disaster?

It was a bit shocking that it happened right after I had finished the album. I was considering cancelling the release, but because I could prove that it was made before the earthquake I decided to release it after all.

Brian Eno composed soundtracks for airports, it seems like you're doing it for nuclear plants. Quite horrible thought?

Airports can be horrible places too.

Sandinista by The Clash. So many great songs. So many nice memories.

I wouldn't mind to be there with my girlfriend.

N-Plants will be released on vinyl very soon!

PLASTIC NOISE EXPERIENCE • I don’t take the things too seriously, I will continue as long as I can enjoy it.
SAM • Honestly we don't know and we don't give a fuck what category our music fits in.
SAINTS OF RUIN • Without a doubt I would say Saints Of Ruin sounds like Saints Of Ruin.
TRAUMTAENZER • Living only in a dreamworld without facing the reality can`t be the meaning of live.
HEAVEN 17 • We always did take risks, sometimes to our detriment, but what is life without risk?
CRUISE [CTRL] • Cruise [ctrl] seems to be a UMO (unidentified musical object) for some people...
!DISTAIN • I can’t believe in a community based on lies while referring to God. And as this is really irritating me, I keep writing about it.
VELVET CONDOM • There will never be a song by Velvet Condom called “A New Morning”!
THE PAIN MACHINERY • We still love noise and chaos and it’s still present in the music. Just not as much as in the earlier stuff.
PETER HOOK & THE LIGHT • We’re doing our best to keep the memory of Joy Division burning brightly for years to come!