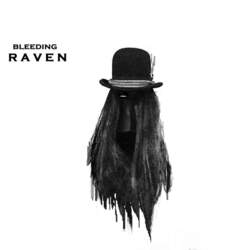 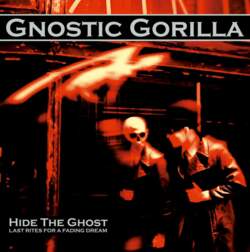 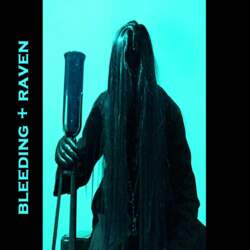 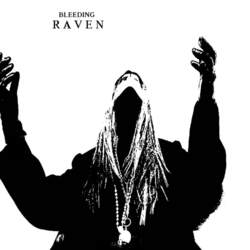 Peek-a-Boo Magazine had a chat with Dean Mason (Gnostic Gorilla) about his Bleeding Raven project. A musical experiment initiated to explore a more abrasive aggro-tech sound. Some of the tracks could be called doom-tech while others almost have a trance feel with some noisecore sentiments. Sometimes noisy and almost disturbing...


Would you please introduce yourself and explain your project Bleeding Raven?

Dean Mason of Bleeding Raven: “Bleeding Raven” is a very recent project. I have been involved in another project, “Gnostic Gorilla” which has released material that is ‘Gothic’ and ‘industrial’ and generally dark alternative electronic music. I wanted to do an album that was specifically ‘aggrotech’ and so I started “Bleeding Raven” as an experiment in this genre. But, then, after the release of “Darkness Consumed” (Cleopatra Records), the debut album, I began to experiment with more ‘dark ambient’ type music but also some dark techno as well.

How did it all begin?

I started off in music as a kid in school and put out a single with some mates from the area. It was a cross between Maiden and Bauhaus…lol The tracks were “Dark Hallway/Golgotha” and it was released simply as “Dean Mason” and it was released on “Lonely Ghost Productions” indie label. In 2012, I revisited the idea of doing music strictly as a hobby, as I have a ‘career’ and thus was born [initially] “The Lonely Ghost Project”. I recorded a few singles and released them, but never really took myself seriously. (still don’t).

In 2016, I decided to release an entire album, but used the name “Gnostic Gorilla” and then that album was rereleased by Cleopatra Records in 2018. I was offered a deal with them (Cleopatra) in January 2018 and I admit I was immensely surprised. Quite an honour. So…I released a few albums as “Gnostic Gorilla” (with other labels as well) and then finally, in May 2019, I wanted to do a more aggrotech type project and thus was born “Bleeding Raven” with the debut “Darkness Consumed” (also released on Cleopatra Records). There have been several releases since “Darkness Consumed”, mostly from February 2020 to September 2020.

What kind of music do you make or would like to make in the future?

Bleeding Raven is more ‘aggrotech’, or at least that’s how I started. But during the Lockdown I did some ‘ambient’. Some would call it ‘black metal ambient’ or just ‘dark ambient’. Now in September I released “VERRTRANDT” and I can’t even tell you what ‘genre’ that would technically fit in. Who cares right?

What do you enjoy the most about the process of making music?

To be honest, it’s more of a hobby for me. I have a career and music isn’t it. That hobby landed me a label deal with Cleopatra Records and a few other labels, so I guess it’s not so bad. But, for me, recording music is a way to exercise demons…to wrestle with some of the dark shit in life…personal and global. It’s an attempt at art. Emphasis on ‘attempt’.

What are some of your favourite themes to explore through your music?

Dean Mason of Bleeding Raven: I’ve touched upon a lot of themes. I write a lot about the ‘religious’ questions but not in a way whereby I sort of dictate to anyone what to believe. I often speak of the ‘passion’ as a symbol of suffering humanity and that this is not just an event of two thousand years ago…but now. Connected in some ways to that is many of my songs are about injustice and persecution and racism and homophobia etc. My EP “Blood of Innocents” is all about these questions. VERRTRANDT, which for me is a very important song is about a young gay man who reaches out for help via a helpline only to be told by the so called counsellor, who was an Evangelical type, that unless he ‘converted’ and stopped being gay, he was doomed. Nice eh?

Who are some artists that you love or who you'd say have had a huge influence on your work?

Dean Mason of Bleeding Raven: Well, the list is long. I’m assuming that you’re referring to artists/bands that have inspired me. Some ‘inspire’ and yet others are more influential in my own approach to music. So, I have to start with Gary Numan. God, the more I think of it the more I see how much that man has influenced other artists that today fall under the categories of “Industrial/Goth/Aggrotech/Electronic”. But speaking personally, Numan was a huge part of my life growing up. Before that, of course there was KISS. I look back at the early KISS images and it was just unreal. The ‘masquerade’ was so powerful to me. But as I got older, there were different bands that truly inspired. Now, before going on, I have to mention Elvis. As a really small child, I was absolutely taken in by Elvis and I still am. His voice is like none other. Anyway, eventually I discovered all sorts of music and my taste certainly evolved over time. So, to name a lot of great bands/artists who have had an impact on me: Numan, KISS, Black Sabbath, DIO, Type O Negative, Rammstein, Nash the Slash, Ministry, Culture Club (yup…believe it or not) Japan/David Sylvian, Zardonic, Die Sektor Psyclon Nine, CRIX IIIX, Pandamonium Bureau and Fear Incorporated, Global Citizen, TONTTU, Skinny Puppy, The Cult, Psychedelic Furs, Jimi Hendrix, Janis Joplin, Iron Butterfly and on and on. But I have to mention at the close of this, THE DOORS. The Doors and Gary Numan will always be the biggest inspirations for me! Couldn’t see myself without either one of them.

Where can someone looking for your music, find it?

All my music, or most anyway, is on iTunes and Spotify and YouTube, Amazon etc. All one has to do is Google Bleeding Raven or Gnostic Gorilla (my other project) and you’ll find lots of goodies. See links below as well.

What kind of message would you like to give your fans, through your music?

Dean Mason of Bleeding Raven: Well, that’s a difficult question because I like people to decide what a song may mean to them. That said, I’d like to say this, and I speak of this often…let’s stop all this fucking hate we are seeing in the world! We can start with our own surroundings. Too many angry and vile people who define themselves in terms of who they hate. It’s stupid and it should stop!

Where do you see yourself in the future, or what are your future plans for the project?

I honestly don’t have a clue right now. I’m not trying to be a goof here…I just don’t know…but I will try like mad to promote what I already have because there is lots and it's all waiting to be discovered. BUT, with my Gnostic Gorilla project, there is some exciting stuff happening with GEISHABOY RECORDS. On March 15th, they will be releasing on vinyl and CD, “HIDE THE GHOST”. I’m convinced that album has loads of potential. See link below. Thanks for the interview.

DIVE • We All Can Ask Us The Question ‘Where Do We Go From Here?'
MAMAN KUSTERS • ‘Let’s Keep It Intriguing
RAYMOND WATTS (PIG) • 'It’s not a re-discovery. It’s finding the way in to let the stuff out...'
JOHN 3:16 • I regularly come across animal remains at various stages of decomposition. That started to affect me, and that's where the concept of the record was born.
THE BREATH OF LIFE • 'No, I never considered quitting making music. Nor to taste good special beers.'
CEVIN KEY (SKINNY PUPPY, DOWNLOAD) • 'It really has been like the formation of a new band in a lot of ways...'
PROYECTO MIRAGE • I Think We Needed A Break
ALEX SKOLNICK (TESTAMENT, ALEX SKOLNICK TRIO) • 'I was as knocked out as I was hearing Van Halen...'
DELERITAS • EBM-Indus Night Liège : The bands presented... Deleritas!
SERAPHIM SYSTEM • A Glorious Return To Form