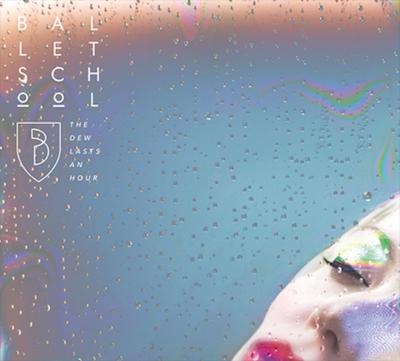 Bella Union are thrilled to announce the late summer release of The Dew Lasts An Hour, the brilliant, long-awaited debut album from Berlin-based multi-nationals BALLET SCHOOL. From ambient intro ‘Slowdream’ to the slow R&B jam of new single 'Lux’, from the swooning dream-pop of ‘Pale Saint’ and ‘Heliconia’ to the ecstatic hooks of ‘Heartbeat Overdrive’ and ‘Ghost’, the album is a fresh, vibrant take on the lush, emoting tropes of Eighties pop and rock, but sounds resolutely 21st century, its diverse influences placing the trio at the forefront of pop's new alternative. Currently premiering on Stereogum, click HERE to listen to new track 'Cherish'.

“We’re not a synth band, we’re a guitar band, but one that’s trying to push the boundaries of the traditional set up,” declares Rosie Blair, whose beautiful, octave-stretching vocals spearhead Michel Jun Collet’s luminous guitar figures and Louis McGuire’s inventive drums. “We write pop songs. I never thought pop music was a lower form of art. We actively try to play with the model of mainstream pop against what indie is supposed to be and find our own new form. And though I love laptop pop, it’s vital that people witness our energy, that punk lust, when we play live.”

Ballet School began in early 2011 when Blair spotted Collet in Berlin’s U-Bahn underground, “playing amazingly delicate, arcane, beautiful guitar. We bonded over Cocteau Twins and immediately knew we had to be in a band together.” When the pair subsequently met McGuire in one of Kreuzberg's artist-run spaces, witnessing the talented young drummer playing an electronic kit and simultaneously triggering bass lines, the trinity was complete.

Last year's Boys Again EP included the pop-euphoric pair ‘Heartbeat Overdrive’ and ‘Ghost’, which appear on the album in re-recorded versions, likewise the dynamic ‘Yaoi’ with it’s early-Eighties Cure/Banshees guitar chime, alongside an alternative take on ‘Crush’ and seven brand new tracks. The album title may refer to the transience and fragility of youth, but Ballet School’s sublime debut is going to live on for a very long time.

The Dew Lasts An Hour will be released 8th September on Bella Union.