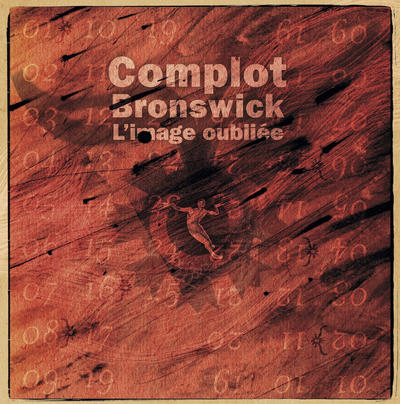 For the first time ever the Complot Bronswick debut release is reissued on vinyl. Released by the band in 1982 it contains 4 powerful tracks inspired by cold wave, avant-rock and post-punk.

Arriving in 1981 on the Rennes scene, Complot Bronswick have never been short of good ideas : altemating music, video and performance, haunted by the shores of dreams and Russian imagery of the twenties, the group has created captivating

atmospheres. Complot Bronswick have changed with a deliberate desire to shatter an image. Even the notion of them being an elitist band is a misinterpretation for such an open group. In fact the role of Complot Bronswick was not to create a rigid world but to open up and accept the confrontation of différent worlds, generating new emotions. The human structure of the group fluctuates and there can be anything from two to ten people on stage at any one time. The only real constant is the poetry and the emotion which is given out at each concert, a certain idea of freedom.

For the first time ever the Complot Bronswick 1984 debut album is reissued on vinyl. Mixing play with heavy post punk and cold wave sounds ‘Maïakowski’ was written in 1983 as a tribute to the Russian poet of the early 20th century. With Norma Loy, Clair Obscur, End Of Data, Complot Bronswick was one of the best band of the very fertile French cold wave scene.

After their critical acclaimed debut album Complot Bronswick released their second opus in 1985. ‘Dark Room’s Delight’ is now reissued for the first time on vinyl. With a more polished but still powerful sound ‘Dark Room’s Delight’ is definitively the best album of the band and could be seen as the French answer to the records of X-Mal Deutschland, The Danse Society, And Also The Trees.

A3. A Vous Toutes

B1. I Know The Power Of Words (untitled)

B3. Strange Day In Uniform

B4. Hole In The Rain

A3. Mask Of Nudity