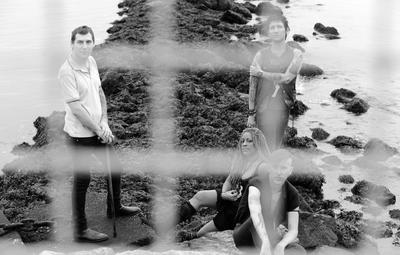 Cult of Youth's new album Final Days is finally out on Sacred Bones Records and in celebration of its release the band are announcing all of their upcoming U.S. & EU tour dates, do not miss the chance to see the raw energy and sonic beauty of Cult of Youth's live show, who in the U.S. will be joined by Uniform (east coast leg) and Hive Mind (west coast leg).

Final Days feels like a full realization of the project, it's everything Cult of Youth has been moving towards for the past seven years — post-industrial, post-punk, and post-enlightenment.

Pitchfork says of the album: "Final Days’ exhilarating, cathedral-toppling spectacle could prove to be the career game-changer that ensures his band remains a cult no more."

Sean Ragon has been active in the DIY punk, industrial and experimental music communities on the east coast for over 15 years while also running a record store and label in Brooklyn (Heaven Street and Blind Prophet Records, respectively). He has been recording under the moniker of Cult of Youth for the last seven years.

Ragon, once the project’s lone member, is now flanked by Jasper McGandy on bass and Christian Kount on electric guitar (both of whom were members of seminal Sacred Bones band The Hunt). Cory Flannigan on drums and Paige Flash on cello complete the five-piece. The end result is Cult of Youth as they were always meant to sound.