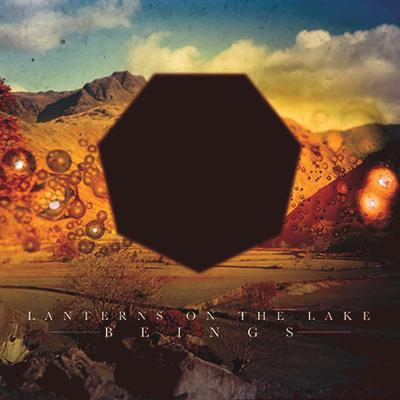 Two years on from the critically acclaimed Until The Colours Run, Lanterns On The Lake return with their third full-length record Beings, released 13th November on Bella Union. It marks another leap in the band’s development as they expand their range, pushing the envelope of their signature atmospheric rock and scaling new heights of absorbing song-craft. The band have unveiled a track from the LP entitled ‘Faultlines’ which is streaming HERE and announced a 6-date UK tour, the dates of which are below.


Work on Beings began in February 2014, hard on the heels of successful tours of Europe and North America. It proved to be a productive period. “The ideas came effortlessly and in abundance,” vocalist Hazel Wilde says of the writing process. “At first we had no expectations, no prescribed ideas of how we wanted the songs to turn out. We were just writing and playing together because that’s what we’d always done.”

This was made possible by their setup, working in splendid isolation; writing, rehearsing and recording in their Newcastle rehearsal room meant the results were undiluted by outside influence. Imaginatively produced and mixed by guitarist Paul Gregory, it’s also his experience that helped yield such compelling results. This allows Beings to move seamlessly from airy, chiming beauty to dense, forbidding soundscapes - sometimes in the same song - while still feeling like the product of a cohesive unit, retaining the band’s spark. “We wanted it to be more raw,” Wilde says of the record. “At its darkest points, we wanted it to feel like you’d dived into the deepest part our dreams and were taking a look around. At its lightest we wanted it to feel like you were coming up for air.”

Opening song ‘Of Dust and Matter’ strikes just such a balance. The band’s most sinister moment yet, it prowls out of a burble of radio static and feedback, propelled by ominous piano chords as its menacing pulse builds to a tumbling climax of almost discordant, warped guitar parts and the fractured drumming of Ol Ketteringham. “In my greatness I vowed to destroy all I am,” Wilde sings. “It brings out the best in me.”

It’s an interesting early lyric, and it soon becomes apparent that this is a braver, more headstrong Lanterns on the Lake, a band now less about floating on water than racing across land, eager and with points to prove. Often their melancholy necessarily turns to action. “Fractured lives like faultlines, unto the breach my friends if you will” is Wilde’s call to arms on ‘Faultlines’, a critique of austerity, as the band turn in a cavalry charge with her voice as the clarion call.

Wilde's lyrics also shudder with evocative and often surprisingly dark imagery in songs that attempt to understand the world around her, built from charged moments of universal insight. “There is a sense of the need to connect to something; the need to find meaning,” she says of the material. “There’s such frustrating injustice in the world, yet this feels like a time of disconnection where we’re encouraged to celebrate the shallow side of culture. This record carries that sense of yearning for something greater.”

This gives Beings immediacy, depth and resonance as it touches on community, love, culture, politics and self-examination, and our own place and limitations within each. “I want to walk with the brave, give me a good day, I want to feel human” Wilde sings on the graceful ‘I’ll Stall Them’, exploring the importance of connection, kinship and reconciliation.

Beings is the engrossing product of a band operating in total harmony to the point where their music creates its own idiosyncratic world whilst also distilling outside concerns into it. The horizons open to Lanterns on the Lake are now as broad as the sweep of these beautiful songs.