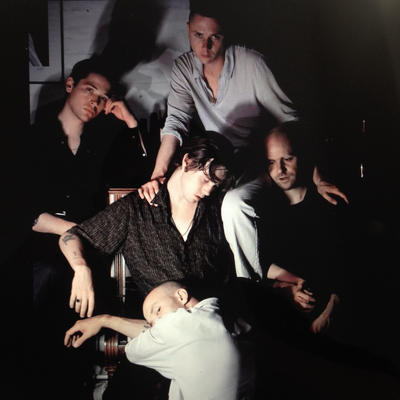 Marching Church are finally going to be treating the United States to a nice chunk of dates after the release of their beautifully cocky This World Is Not Enough LP earlier this year. The band will be hitting the road in October for a stint of East Coast and Midwestern shows. In addition to announcing these dates, the band is also sharing the video for album track "Your Father's Eyes" which was directed by band member Kristian Emdal (also of Lower). It features a cigar-smoking Elias Bender Rønnenfelt fully clad in an ill fitting hat and shawl, as well as an unknown female figure who is spending intimate time with saxophone player Alex Zhang Hungtai (of Dirty Beaches, Last Lizard). You can find the tour dates, and video below.