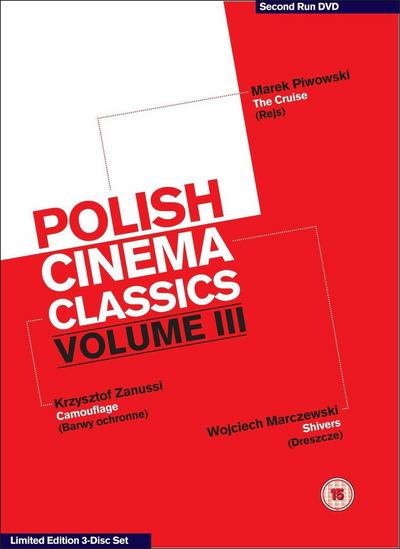 The Cruise (Rejs, 1970): Regarded as Polish cinema's first 'cult' film, Marek Piwowski's absurdist comedy parodies life in the (then) People's Republic of Poland, reducing a weekend river cruise to a hilarious satire of the entire Communist system. Piwowski's gift of observation, humour and an acute awareness of national pathology have made The Cruise one of Poland's most popular and widely-known films of the 1970s.

Camouflage (Barwy ochronne, 1976): A milestone in Polish cinema, Krzysztof Zanussi's Camouflage probes the moral fabric of the society underlying Poland's regime. Set at an University summer seminar, where personal and professional rivalries and tensions are unflinchingly exposed, Zanussi uncovers layers of corruption, disillusionment, and a confused set of public and moral values, marking Camouflage among Zanussi's finest and most politically subversive works.