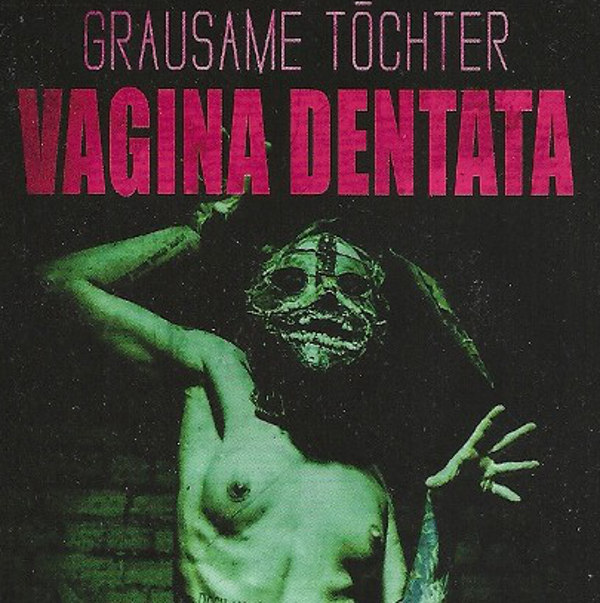 "Darker, deeper, hotter" - going down and danger is lurking! "Vagina dentata", the teethed cavern, the gate to hell, the lethal femininity is an ancient myth, reintroduced and reinterpreted by the famous psychoanalyst Siegmund Freud as fear of castration… and also the title of the fourth album by Aranea Peel's "Grausame Töchter", that constitutes another significant artistic advancement of the band.

All of the 15 powerful tracks on this album revolve more or less clearly around that subject; the lyrics are in parts homicidal, sexual, obsessive, sadomasochistic and sometimes nightmarish, but also implicitly offer the hope of liberation, of sensuality, self-determination and lightness. Aranea Peel seems to take quite a liking to water as evident in the presence of the sea with all it's sometimes bizarre creatures that are featured in many songs as symbols of freedom and lust. In "Wie eine Krake" (Like an Octopus) for example the sea creature lives in freedom, lust and chaos while the sailor on the surface anxiously tries to get across this chaos but of course is doomed to fail. This song is probably most representative of the general spirit of the album.


Stylistically this album like the previous albums of the girlgroup offers an amazingly wide array of styles: electropop, electropunk, EBM, industrial, electrorock and even chanson, tango and bizarre circus music. E-Guitar and baritone-guitar, often with a 1960s style band echo, are much more present in "Vagina Dentata" than in previous albums. Accompanying bass guitar player Era Kreuz is the Berlin based guitarist Valeria Ereth who recently joined the band and already has been touring with them across Europe for a few months now.


The most extraordinary tracks musically would probably be "Die ganz Welt ist ein Zirkus" (The entire world is a circus) and "Nordsee-Tango" (Northsea-Tango) where a lot of guest musicians with brass and percussion instruments joined the band, probably a result of Aranea's love of chansons. The most catchy tunes however are the more danceable tracks like "Annika ist tot" (Annika is dead) and "Ich liebe meine Vagina" (I love my vagina). On this their fourth studio album, Grausame Töchter prove themselves as a band that has developed it's unique style with intelligence and freshness, confidently going their own unique way in a world of otherwise interchangeable commercial music, which gives these girls their own distinctive image.