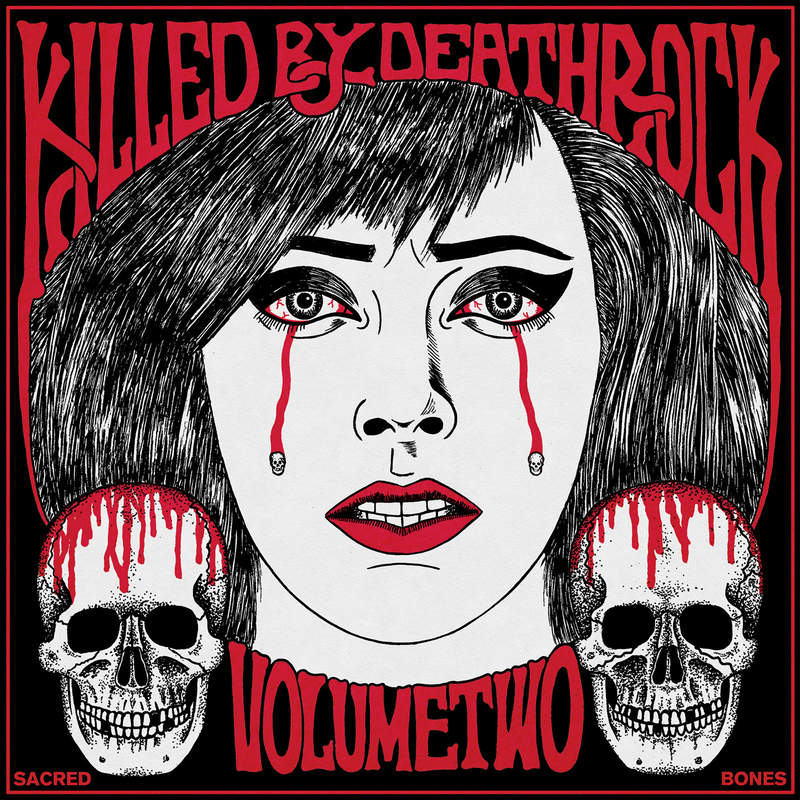 After the initial blast of punk rock bands made their impression on the youth of the late 1970s, subgenres quickly emerged. Some preferred the faster, louder aggression of hardcore, others the angular danceability of post-punk, some the raw and more personal home-made sound of DIY, and so on. Looking back among and between these genres we now recognize various blends of punk, post-punk, goth rock, industrial, and DIY as “ deathrock." In 2014, Sacred Bones Records launched the series Killed By Deathrock to document an entire scene of bands that haven't yet received proper recognition.

The thread that holds these groups together as deathrock bands comes down to their willingness and sometimes compulsion to reveal and explore the darker side of their psyches. Night-soaked dirges of fatality, despair, and horror were rampant, rooted in that sublimity that is found on the edge of the horror genre, as famously developed by Edgar Allan Poe — an edge that relished in misery and openly recognized the inevitable end of any human life. Killed by Deathrock Vol. 2 opens with Gatecrashers' maniacal, keyboard-driven anthem "Spectator," the first track from the Denmark group's 1980 7" EP Desillusioned.

Middle Class began by releasing what many consider to be the first-ever hardcore punk record: their 1978 debut EP Out of Vogue. Bassist Mike Patton would produce seminal California punk bands like Adolescents and Minutemen, among others. By 1984, Middle Class had evolved from their fast-blast origins to a darker, more plodding style, represented here by their track "A Skeleton At The Feast," from the 1982 LP Homeland. ADS, a group from the same Denmark scene as Gatecrashers, offers up the searing "Waiting for the War," from their scarce 1982 split 7" with City-X, which takes the socially conscious yet satirical bite of punk rock one nihilistic step further.

"Dark Spirits" is a standout cut from Los Angeles deathrockers Red Temple Spirits, released by the legendary Midwestern label Fundamental. Independent Project Records later released a comprehensive anthology of the group's material in 2013. The driving post-punk obscurity that is "What's Wrong Yvette," by the nearly unknown Denver band Crank Call Love Affair, comes from their only record, a self-released 7" single of the same name.

Belgium's Red Zebra– now known as EX-RZ – contributes their raw, infectious brand of new wave in the form of the title track from their 1980 debut 7" EP "I Can't Live In A Living Room." Fellow Belgians Vita Noctis round out the compilation with their dreamy, recorded-to-cassette ballad "Hade," from their 1984 self-released tape In The Face Of...Deaths