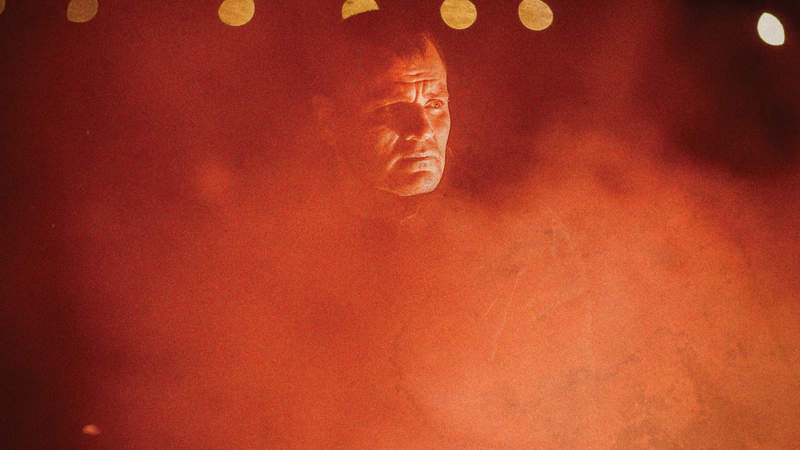 After the collapse of the Soviet Union, Ukraine's social and political institutions faced massive change, including an increasingly corrupt government and crippled infrastructure. A number of the nation's youth wound up homeless and addicted to a lethal cocktail of injected cold medicine and alcohol. Steve Hoover’s documentary Almost Holy follows a pastor named Gennadiy Mokhnenko, who saves street kids, at times by forcible abduction, and brings them to his Pilgrim Republic rehabilitation center—the largest organization of its kind in the former Soviet Union. The film’s depiction of a country in the grip of poverty, addiction, and warfare is made even more powerful by its captivating electronic score by award-winning composer Atticus Ross, his brother Leopold Ross, and Bobby Krlic (The Haxan Cloak).

“Occasionally a project comes along where one feels compelled to contribute,” Atticus said of seeing the early footage that convinced him to work on the film. “It's a different world over there – of course we have dire poverty in the U.S. – but to see an army of drug-addicted children living in those conditions, children the same age as my own, under ten years old but covered in track marks and sleeping on sewers to stay warm, and someone is asking you to write a little music to help the cause. It would be hard to find a reason not to.”

His collaborators felt the same way, and the trio soon began work on the score — the Ross brothers in the U.S. and Krlic in England. The distance meant the composers initially worked separately, but in the end, the soundtrack feels remarkably coherent. “The music surfs the line of sound design and operates as a support to the overall arc, rather than specifically tied to the characters,” Atticus explains. “Gennadiy doesn't have a theme, and I'm not sure he needs one, or how he could be reduced to one. He's powerful but tender, loving but aggressive, committed but flawed. We felt it was important that the music never dilute or distract from his message. Less is more, so to speak.” However, the message and content of film kept the trio inspired, and once Krlic had emigrated to the U.S., they met at Atticus' studio and continued to work on the album as a free-standing piece.

The film remained the anchor and the catalyst for their creativity, but several of the tracks on the record don’t appear in the picture at all. Almost Holy is thus not simply a soundtrack album, but a soundtrack and an album, one that both enriches its film and stands apart from it.

Director Steve Hoover had this to say about the score:

"Gennadiy’s story was somehow destined to be worked into some form of cinema. It’s all set in Mariupol, Ukraine, a city with sprawling factories and crumbling Soviet architecture. It sounds bleak, but it’s somehow beautiful and not without hope. I wanted an original score that could translate the feeling of being in Mariupol with Gennadiy, at this time. Atticus Ross took interest in the film and proposed a collaboration with Leopold Ross and Bobby Krlic. I knew they would eclipse whatever it was that I was imagining for the score.

There’s a scene in the film, where the people of Mariupol are enjoying fireworks that seem to be a premonition for the shells that would soon cluster the same skies. The score takes a haunting bend that feels like a metaphysical wailing from unknown places, for a people that have had the lion's share of struggle, but would soon be torn in half. The score is ingrained in the narrative because it developed along with it. They were a part of the film before we began production, offering invaluable creative insight. They were just as essential as my crew."

Watch a mood piece with footage from the stunningly shot film set to "Punching Bag" from the score below.