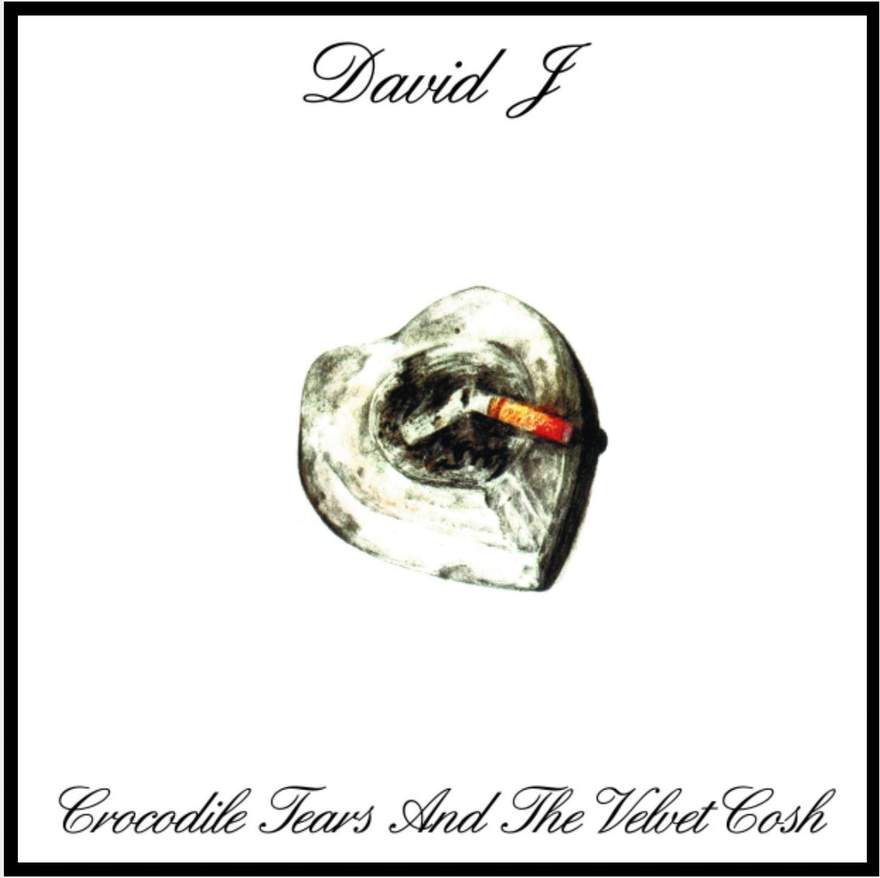 It's been a long time coming, but David J (Haskins) is returning to his roots. 40 years since the formation of Bauhaus, he has announced two one-off solo UK concerts in between festival dates with Bauhaus vocalist Peter Murphy and their newly-announced world tour, including' Back to Beck, a historic intimate event at the studio in Wellingborough, England where 'Bela Lugosi's Dead' was recorded. Released on August 6th, 1979 by Small Wonder Records, this is considered as the first gothic rock release. Featuring lyrics composed by David J, this massively significant single led to a John Peel session, two years of charting in the British independent charts, and being signed to 4AD Records and, later, Beggar's Banquet.

David J is also returning to his roots in another way, reissuing his solo album 'Crocodile Tears and The Velvet Cosh' LP on September 7th. This was his second solo release after Bauhaus' disbanding. Released on Glass Records in 1985, the label's new incarnation, Glass Modern Records, will release this remastered David J classic on 180-gram heavyweight clear vinyl with inner bag featuring all the lyrics, plus new sleeve-notes by David Barker of Glass Records.

This album was recorded at Beck Studios, as many other Bauhaus and David J releases. Between Bauhaus' end and the formation of Love and Rockets, David J recorded 5 singles and 1 LP for Glass Records, and also played on 2 albums by The Jazz Butcher. 'Crocodile Tears and The Velvet Cosh' is one of the crowning glories of the original Glass label.

David J says: "This is a personal pastoral favourite and the album that really set the tone for all of my future solo endeavors. Now it is being re-released as a limited edition on beautiful high quality 180 g clear vinyl by the newly rebooted Glass Modern label. 'Feels like coming home!"

Perry Farrell of Jane's Addiction once described David J as the Avant of the Avant-garde, with good reason. Since Bauhaus disbanded in 1983, David has enjoyed a long and varied solo career. The first of Bauhaus' members to actively step outside of the comfort zone of his original band, he released his debut album 'Etiquette of Violence' that same year and since then has released numerous solo albums, founded the hugely successful Love and Rockets, produced and played bass with The Jazz Butcher, and joined the reformed Bauhaus again twice for world tours.

Following a performance at London's The Islington on Saturday, August 25th, David J will play a special live acoustic concert for a small crowd on Sunday, August 26th at Beck Studios. This will be David's first time in the studio since recording his 'Blue Moods Turning Tail' EP in 1984. This special limited capacity show features music originally recorded there, as well as songs spanning his career.

As part of this rare event, Andrew Brooksbank, author of 'Bauhaus - Beneath The Mask', will conduct an interview with David, followed by a Q&A session with the audience. This historic concert is not to be missed and will be both recorded and filmed for later release.

From there David J will join Peter Murphy for a 40-year Bauhaus anniversary tour across the UK, Europe, Australia and New Zealand, for which they will play their full debut LP 'In The Flat Field'. Bauhaus released 4 groundbreaking albums, cementing their place in music history. Considered as one of the most influential bands since The Velvet Underground, Bauhaus spearheaded the post-punk alternative music scene of the early 80's, defining a style that is feasibly the pinnacle of the gothic scene. Late 2018 will bring a series of coloured vinyl Bauhaus reissues and more tour dates are expected later.

Order 'Crocodile Tears And The Velvet Cosh' via Bandcamp and 'Who Killed Mr. Moonlight', his book on his Bauhaus years, via David's website. His latest album 'Vagabond Songs' (2017) can be ordered here. Tickets for David J solo UK dates are available here and Peter Murphy-David J tour tickets can be ordered here.