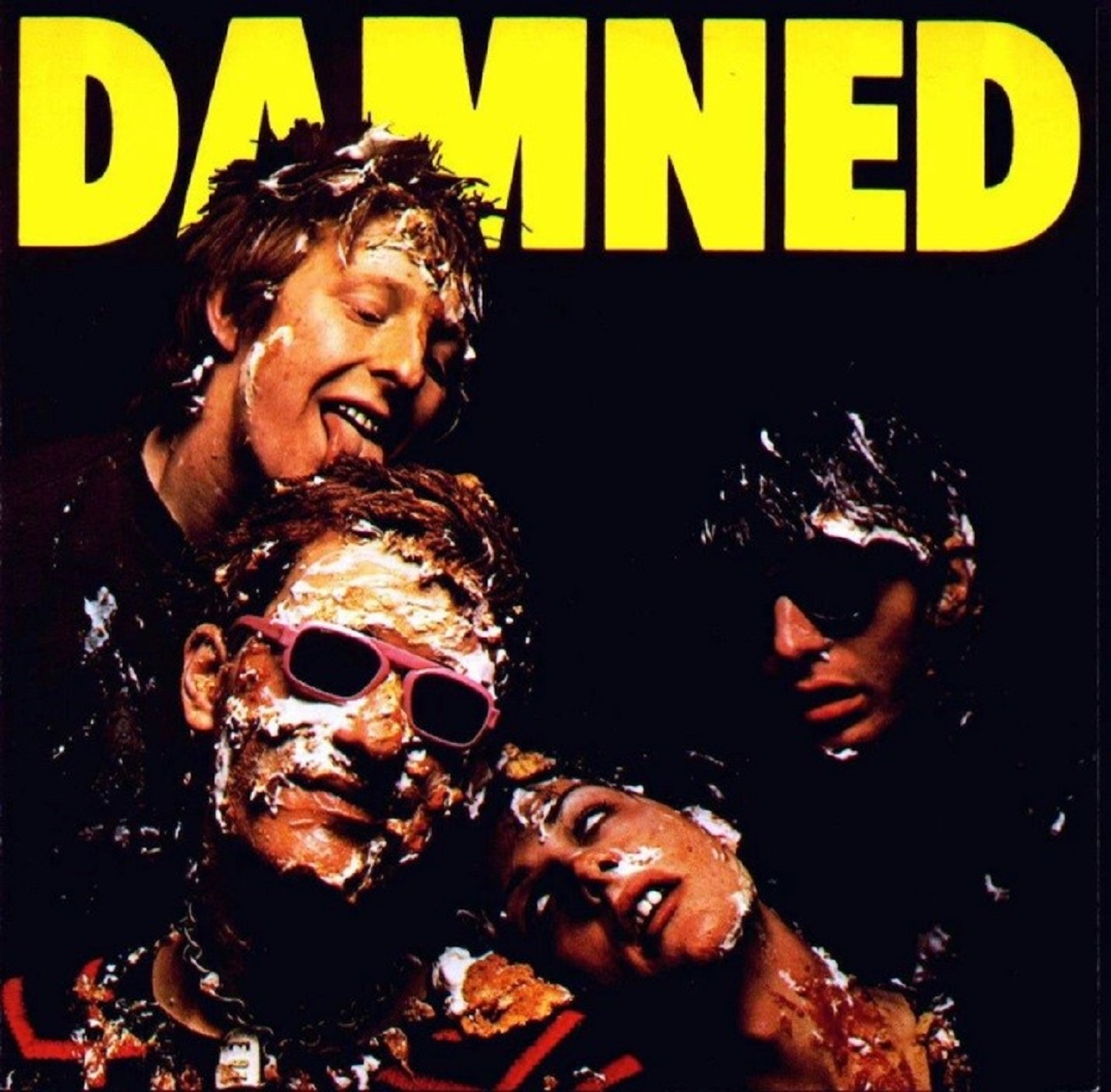 On the 18th-of February 1977 The Damned released their debut album ‘Damned, Damned, Damned’. The most important album of the late seventies punk movement, though when it comes to The Damned they are the architects of the revolution, what punk was and the direction it was heading.

Indeed, with The Damned there was a lot of firsts, they were the first band from the United Kingdom to release and chart a punk single in ‘New Rose’ in October 1976. The first UK punk band to tour America and play the blank generations ground-zero in New York’s CBGB’s. But it is that album ‘Damned, Damned, Damned’ which is the true-milestone, it was the first album released by a UK band from the surge of punk. Eight months before The Sex Pistols released ‘Never Mind The Bollocks..”, though a more fully formed debut than the Pistols, and released while The Clash were only starting to record their self-titled debut.

Without doubt both the influence and quality contained with ‘Damned, Damned, Damned’ made this the most important album release of the nineteen-seventies.
Produced by the Stiff Records maestro-Nick Lowe (Elvis Costello, Wreckless Eric), this was old-school rock and roll fused with teenage angst and layered with escapism, atomic art aimed at the heart of the British establishment and the pretentious state with the rock music circus of the day.

Raw-energy, the essential ingredient injected into the albums twelve-tracks by Dave Vanian, Brian James(London SS), Captain Sensible, and drummer Rat Scabies. Opening with the single-‘Neat Neat Neat’, the incendiary slice of punk, released simultaneously with the album. And closing with the nod to their heroes, a cover of The Stooges ‘1970’-renamed ‘I Feel Alright’, the adventure The Damned brings the listener on is one which resonates strongly within modern society today.

The bulk of the songwriting for the release was done by guitarist Brian James, the man who many feel responsible for punk, although after the follow-up-‘Music For Pleasues’ this original incarnation would break up as Jones departed towards the end of seventy-seven. This makes ‘Damned, Damned, Damned’ that bit more special as it the original sound captured of a band hungry and striving forward.
The only moment the band slow down is the terrifying-'Feel The Pain', the rest is an all-out attack on the senses as James is turning the guitar-sound into a noise-generator than an instrument. Tracks like- 'Stab Your Back’ is perhaps too moronic a track for even The Ramones, the collection is still the finest time-capsule from a moment in time where music had possibilities regardless of how it was executed.

Neat, Neat, Neat
Fan Club
I Fall
Born to Kill
Stab Your Back
Feel the Pain
New Rose
Fish
See Her Tonight
1 of the 2
So Messed Up
I Feel Alright

-All tracks written by Brian James, except ‘Stab Your Back’ and ‘I Feel Alright’.