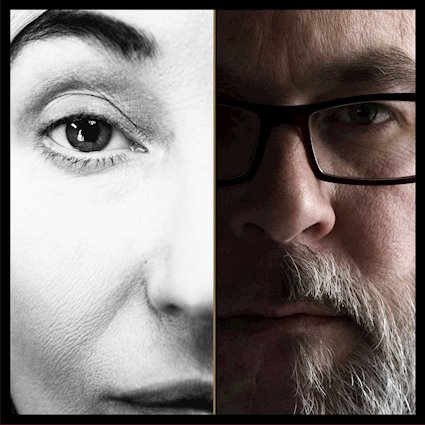 Lisa Gerrard and Jules Maxwell, best known for their work as part of the legendary band Dead Can Dance, present 'Noyalain (Burn', the first single from their forthcoming studio album 'Burn'. Produced by James Chapman (MAPS), the long-play will be released on May 7th via Atlantic Curve, a London-based label that is part of the Schubert Music Europe.

"Noyalain is a song of welcome. An invitation to walk in peace, unlock the passive passion within, engage in the diversity of life and celebrate," says Lisa Gerrard.
"It is with great pleasure that I share this collaboration with Jules Maxwell. Jules and I began our creative journey with Dead Can Dance. We realised that we could connect through improvisation and that musical exploration continues to evolve with this present work."

Under this new guise, Gerrard and Maxwell have created an album that presents a wonderfully diverse mix of electronica, alternative, cinematic soundscape and world music with hints of early Vangelis.
The record began its journey more than seven years ago, when Lisa met Irish theatre composer Jules Maxwell before working together for the first time. Things really took root when Gerrard and Maxwell began writing songs for their earlier collaboration 'The Mystery Of The Bulgarian Voices (Le Mystère des Voix Bulgares)'. They were later introduced to Chapman and asked him to produce this album, which represents a stunning departure for all three of them.

With Chapman joining the duo as producer, ideas began to be generated freely and over time a distinct sound for their work began to emerge. Their focus was to create a sound that was both euphoric and compelling, more inventive than what they had worked on separately in the past. From gentle beginnings, each track builds and intensifies, creating a hypnotic experience to listen to from start to finish.

"Noyalain is the first song we created which began to play images in my mind's eye. Widescreen images of far horizons and great landscapes. Of the living world at it's most devastatingly beautiful," says Jules Maxwell.
With Lisa remaining in Australia, Jules adding his keys and percussion from France, and James bringing new light to the sound from England, the three were literally worlds apart, but those worlds fused in this music.
7 specially commissioned films have been completed to coincide with the release of the album. Polish director Jacob Chelkowski's video, which accompanies this title track 'Noyalain (Burn)' proves more than a little provocative in these days of Covid, as it portrays the simple, traumatic act of touching.

As of March 12th, 'Noyalain' is available digitally across online platforms, the full 'Burn' album is set for release on May 7th. 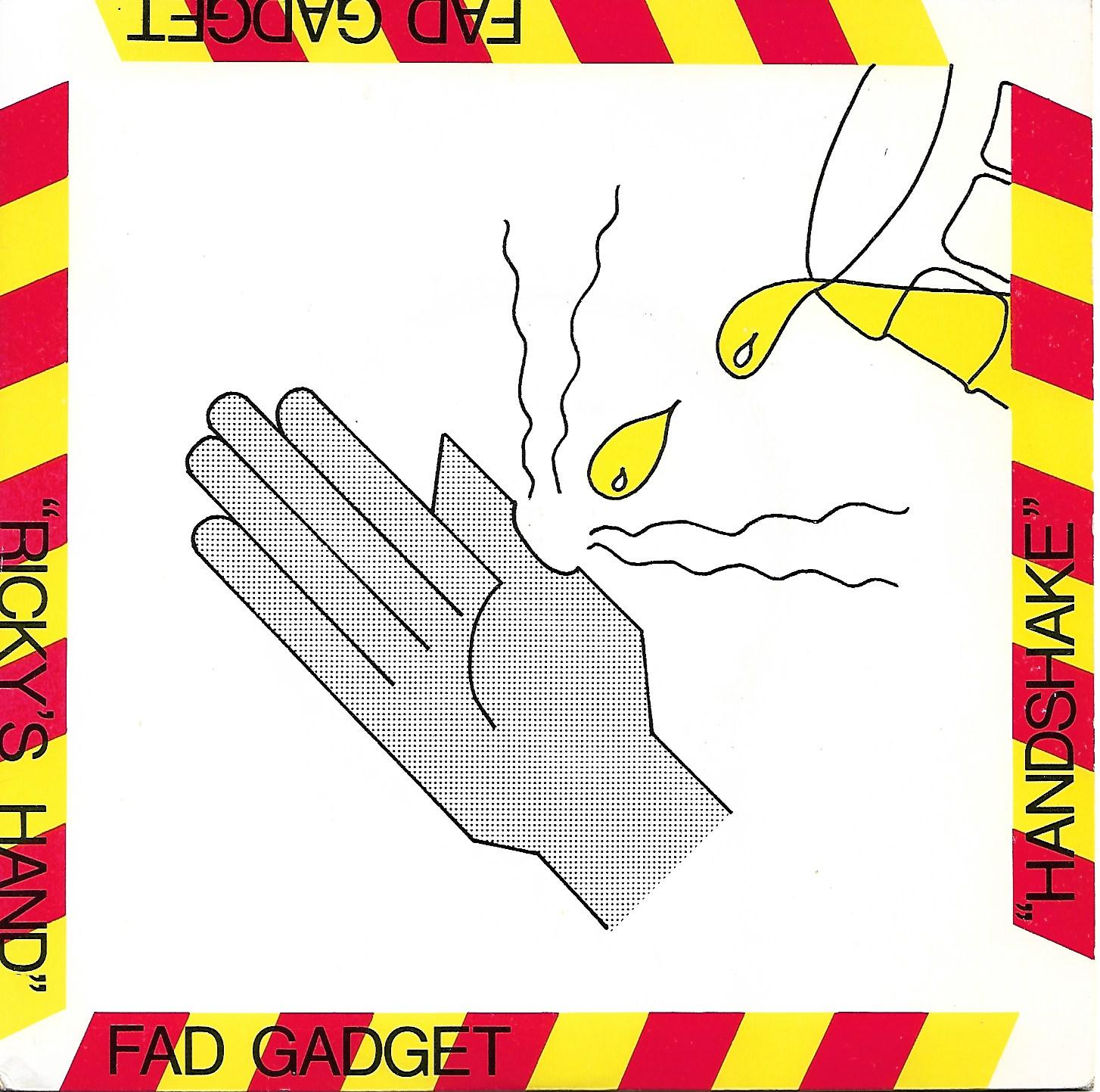 On this day, 41 years ago, Fad Gadget released his second single 'Ricky's Hand’!

On this day, 41 years ago, Fad Gadget released the non-album 7” single ‘Ricky's Hand’ (14 March 1980). It was recorded at the Blackwing Studios, London, on 19 January 1980 and became the second Fad Gadget single, following the debut Back to Nature 7” the previous year.

The track was originally not included on any studio album and predating a debut LP ‘Fireside Favorites’ by several months, but does appear on several later released compilations. Mute Records founder Daniel Miller collaborated on the writing, playing and production.

The song was a sardonic cautionary tale on the perils of drink driving: "From the pocket it pulled five pound / Ricky bought another round… Ricky contravened the highway code / The hand lies severed at the side of the road".

The music was in a predominantly industrial style with an insistent electronic beat. An electric drill was also listed among the instruments; it can be heard on the recording punctuating each mention of the song's title.

The B-side, ‘Handshake’, was an instrumental that essentially mixed up the sounds used on the A-side.

Below you can watch some unique footage of Fad Gadget performing Ricky’s Hand at the renowned Hacienda FACT51 club, Manchester, England, 1984 and a live version performed on his 2001 come-back tour.

Sadly an unique video document on which Fad Gadget can be seen singing Ricky's Hand, with his two live musicians at the time, Phil Wauquaire and Jean-Marc Lederman (The Weathermen), on the Belgian RTBF show Cargo De Nuit in 1980 has recently been removed from YouTube.

Instead we discovered another nice document of Ministry covering Ricky’s Hand back in 1984! 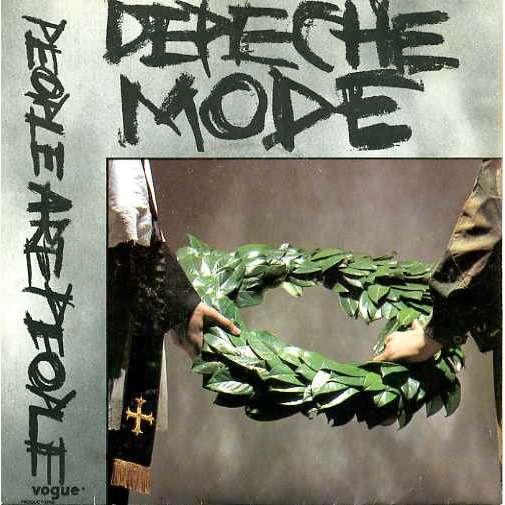 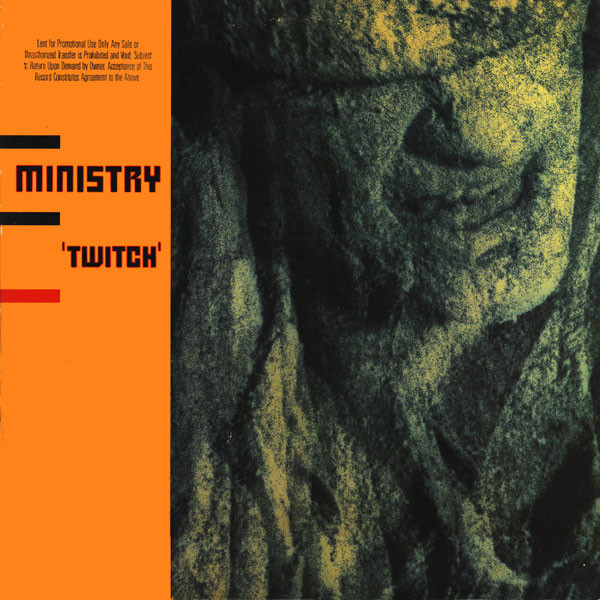 Today, 35 years ago, American Industrial band Ministry released their second studio album Twitch (12/03/1986). Unlike their synth-pop sounding debut album With Sympathy and due to the influences of bands like Front 242 and Cabaret Voltaire, Twitch received a more dark and aggressive production approach by Adrian Sherwoord and the bands head and voice Al Jourgensen.

Over The Shoulder, accompanied by a video directed by Peter Christopherson (Throbbing Gristle /Coil) was the only single taken from this album.

In 1990 Twitch was reissued on CD and contained two extra tracks, being the exclusive tracks on the Over The Shoulder 12” single until that time. 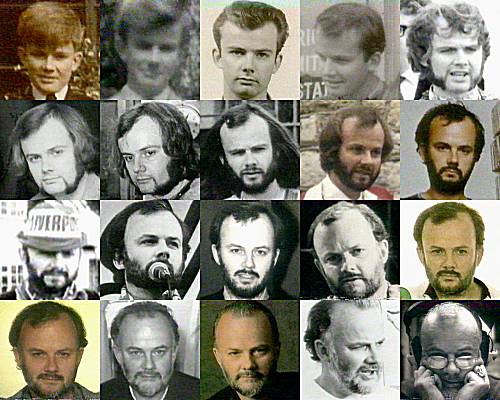 This single, with Atmosphere on the A-side, was released in 1980 as a France only and limited edition of 1,578 copies. The 7" came with a 3 page colour gatefold booklet with a translation, text written by Jean-Pierre Turmel, a painting by Jean-Francois Jamoul and a photograph by Anton Corbijn.