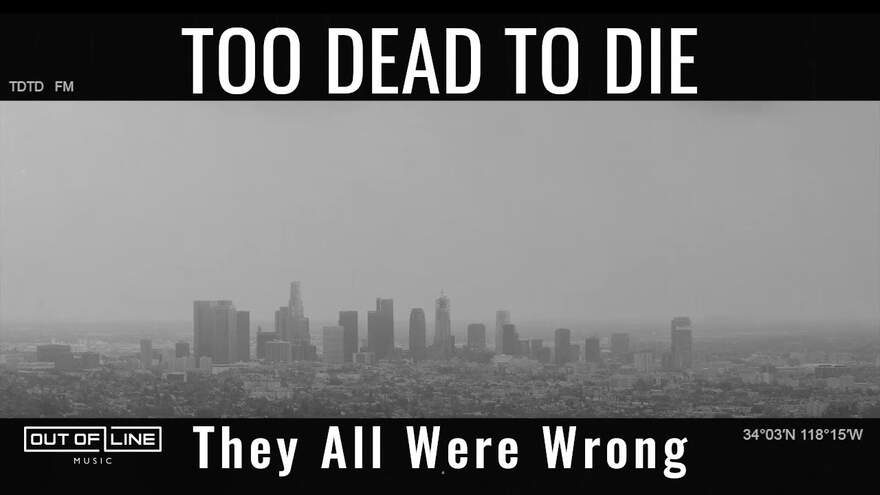 TOO DEAD TOO DIE Release New Video: 'They Were All Wrong' taken from the Album 'Tropical Gothic'

More information/reviews from Out Of Line 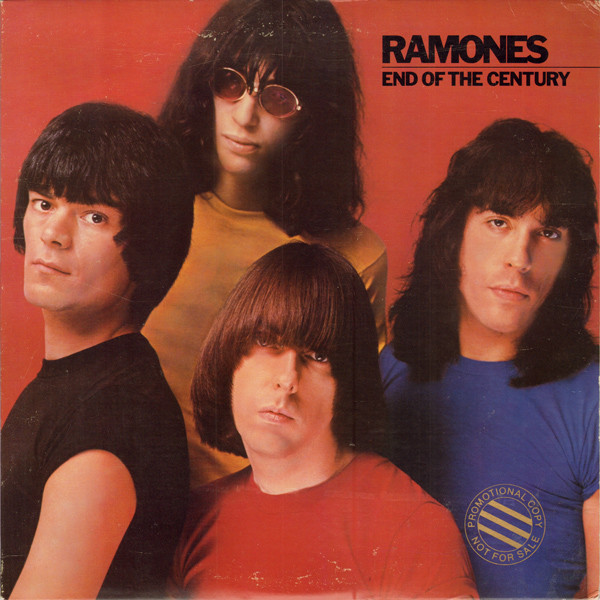 Gold Star Punk | The Ramones End Of The Century At 41!

One of the most unlikely combinations - Phil Spector, maestro of the 1960s production era and The Ramones, trailblazers of the 1970s New York Punk scene - joined forces to create an album. But yes it happened: on February 4, 1980, the joint venture 'End Of The Century' saw a release, closing a chapter in the studio exploits of Spector and, as some say, the most productive era of the Ramones.

The album's conception harked back to the band's third album: the 1977 release 'Rocket To Russia'. Spector, after seeing the band perform, offered to help produce the album and oversee the creative process they were using at the time. In the spirit of Punk, he was turned down flat due to the Ramones allegiance to Tommy Ramone, who at the time was co-producing the album with Tony Bongiovi.

Come 1979 Tommy had left the fold completely, with bad sales for all previous four albums and a desire to break into that mainstream market, releasing albums that were and still are highly influential but did not translate to strong sales. The Ramones now took Spector up on his offer, an idea or collaboration nobody saw coming. And so begun the stuff of legends.

For a start, The Ramones' self-titled debut album cost a little over six thousand dollars to make. The second, 'Leave Home', cost ten thousand dollars and now along came Spector with a budget of two hundred thousand dollars. The possibilities were limitless but were needed for a band consisting of a control freak guitarist, an OCD suffering singer, a drummer who liked the odd drink and a bass playing-songwriter who alone took enough heroin to keep Pablo Escobar in a job.

The Ramones were relocated to Spector's Gold Star Studio in Los Angeles, famed for the music produced by The Beach Boys more so than the thundering dynamo of Punk. But nonetheless, recording started...well sort of. After almost two weeks and playing for over twelve hours a day, nothing had been put to tape.

Spector’s perfectionism in overdrive was overwhelming to the Ramones- endless mike placing, listening to the same drumbeat repeatedly and of course, the endless playing of one chord, as heard in the opening of 'Rock N Roll High School', began to slowly pull the band into the madness that was the world of Phil Spector.

At certain points, it seemed Spector's approach was focused more on the singer Joey Ramone, than on the band as a whole. After all, the top-ten UK single taken from the album - 'Baby, I Love You' - featured Joey, an orchestra and no other member of the band. It was a masterstroke in a business sense by Spector, as he was also a co-writer on the track, originally recorded by his all-female act 'The Ronnettes'.

The appearance of any of the Ramones apart from Joey on 'End Of The Century' is also questionable. The session drummer and 'Travelling Wilbury'- Jim Keltner appears on the album. So too does the combination of brothers Dan and David Kessel, the guitarists Spector had worked with before on the Leonard Cohen venture 'Death Of A Ladies Man'. The same can be said for organist Barry Goldberg, a longtime collaborator with Spector. With this information in mind, you feel that a second band was formed to make the album sound professional and not rough around the edges, which was the charm of Punk, not perfect but then again a reflection of life.

The hit single in a way works and the production is flawless, making the most of Joeys sarcastic snarling Punk vocal.

Further tracks on the album galvanise the masterpiece it is. Make no mistake, this is a brilliant record. With the track 'Chinese Rock', recorded back in 1976 by Johnny Thunders and the Heartbreakers although originally wrote by Dee Dee and Richard Hell, this was the perfect song to showcase the force of the Ramones.

The same can be said for Dee Dee’s nostalgic look back at life growing up in Germany and his only friend, the radio. 'Do You Remember Rock N Roll Radio?', the album's opener and a stomper with the distorted radio sound that heralds the track, but it also namedrops influences of the Ramones including T. Rex and Jerry Lee Lewis.

The follow up to the song, ‘Judy Is a Punk', ‘The Return of Jacky and Judy' continued to display their punk beginnings in order not to sell out too much on this record. This was the heart of the conflict between Spector and the band, who would have been happy with one or two hits on the album. Phil wanted to make every track a hit.

The album cover alone was a change in direction, gone were the Ramones' standard issue uniform of ripped jeans and leather jackets, replaced with different coloured shirts. This stripping of the band's natural order made for an uncomfortable-looking cover, even Johnny's scowl was more compounded than usual.

Here we come to the crux of the matter. Yes, the Ramones created hits from their work on 'End Of The Century', but they found it an uncomfortable experience. Maybe the success of the Sex Pistols' release made them ask "where is our success?". After all, they were the band that the Pistols and so many others emulated. A band like The Ramones would never be a band who would create hits, they were the outsider musicians not built for chart acceptance or appeal, rejecting all in society and in turn being rejected by society.

Their influence outweighs, like so many others, record sales. They were important as any other band in creating a new wheel in music and turning it to an extremely loud effect. 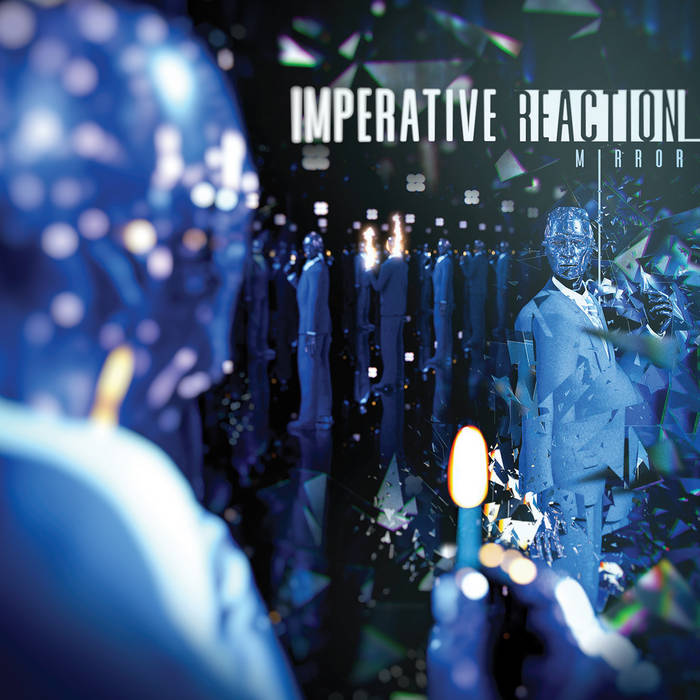 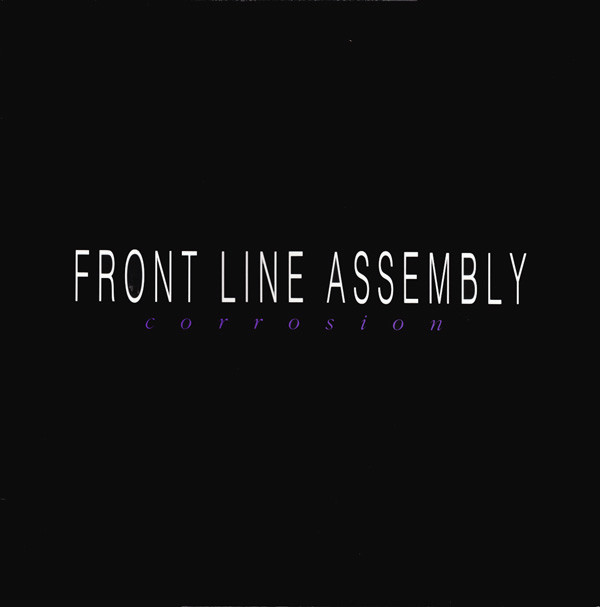 This month it’s 35 years since Vancouver Industrial / EBM band Front Line Assembly released their third studio album Corrosion (February 1988), or fifth full length if we count in two self-released tapes Total Terror and Nerve War which were released earlier in 1986. It was their first release on Third Mind/Wax Trax! with PIAS (Play it Again Sam) manufacturing and distributing the Third Mind issue in Europe.

At this time Front Line Assembly was Bill Leeb only, while Michael Balch acted as producer and Dave 'The Rave Olgivi mixed some of the tracks. Third core member Rhys Fulber would join the band one year later, in 1987 and become Leeb’s right hand until this very day.

The album received a 7/10 in the NME (New Musical Express) and was favoured by Melody Maker Magazine. 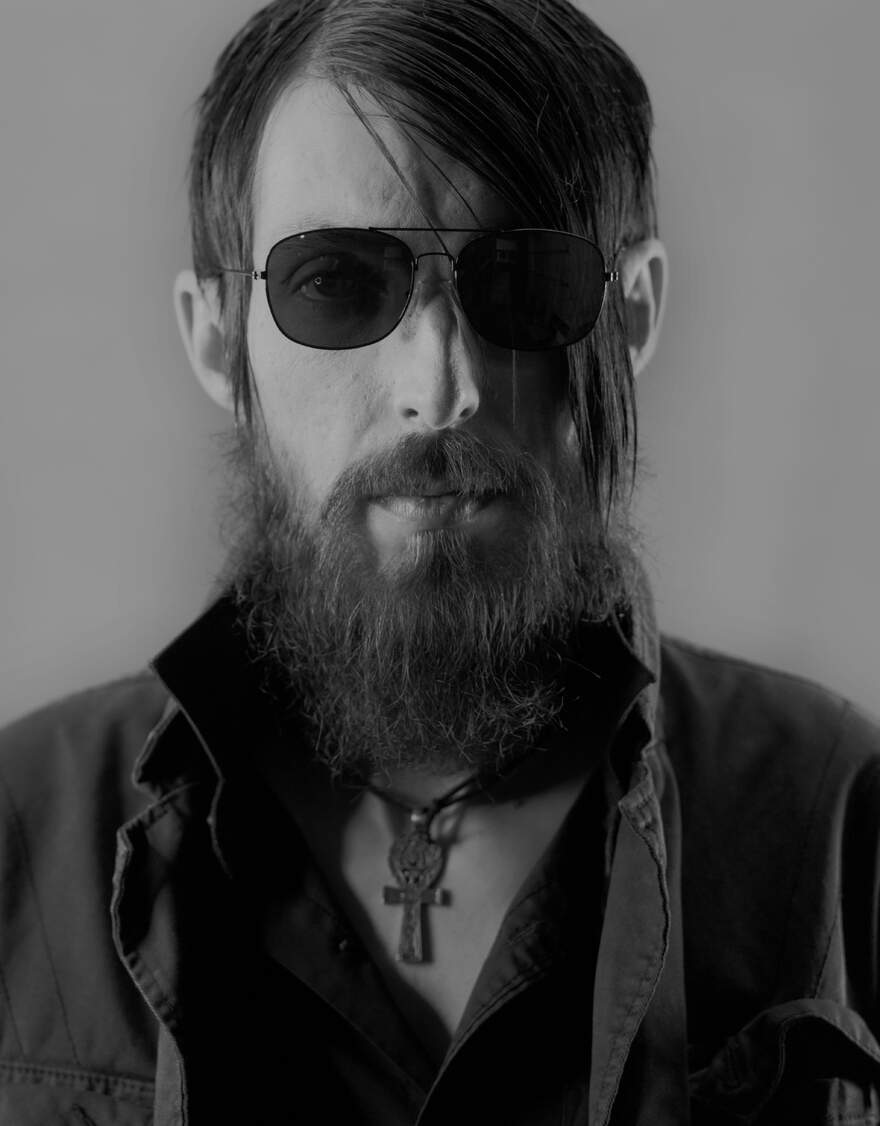 "In My Dreams" is a split collaboration with THE OTHER LA. The band also presents their cover of ATARI TEENAGE RIOT's, "Destroy 2000 Years Of Culture."

The original track "In My Dreams" was originally produced by Cj Pierce of DROWNING POOL for THE OTHER LA's self titled album that released in 2016. THE OTHER LA approached Bug Gigabyte to take the music and bring it on a more twisted electronic journey.

"Cj Peirce is one of the greatest guitarist on the planet, I wanted to make something that even he himself would jam out to." -Bug.

After receiving the original track stems, Bug took the audio ground it up into a new composition and added more drums, guitars, synths and vocals. Grammy nominated engineer Joe Haze (Lords of Acid/The Banishment) then used his mastery of analog mix and mastering technology to glue all the chaos of the track together.

SINTHETIK MESSIAH's first cover was meant to be an updated American version of the 1997 track “Destroy 2000 Years Of Culture” By the pioneers of revolutionary electronic noise act, ATARI TEENAGE RIOT (ATR) Originally ATR sampled the track "Dead Skin Mask" by American Metal act Slayer, from their 1990 album Seasons in the Abyss.

In continuing the tradition of the ATR Song and ideas behind both act’s music, Bug Gigabyte Sampled the same SLAYER track and gave a new spin to the fundamentals of what makes ATARI TEENAGE RIOT, Once Bug finished composing the cover, he then passed it on to Grammy nominated engineer, Joe Haze(Lords Of Acid, The Banishment) for mixing and mastering with analog technology.