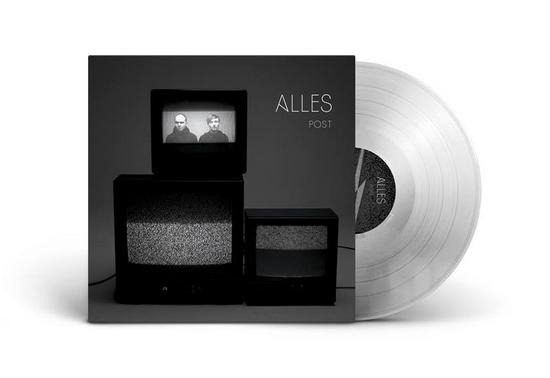 On Mecanica Records the first album Post of the Polish duo ‘Alles’ is released. The two guys from Lotz bring us some minimal and poppy tunes, with sparkles of techno and industrial influences.

The album opens with the title track ‘Post’, a kind of minimalistic synth pop song. The Polish lyrics fit surprisingly good with this song. The motto of this band is: 'We live in a kingdom of noise, information overflow, misinformation and disorientation'. So quite mystic lyrics with most of the tracks.

Next track is 'Maszyna', nice analogue synths with an 80s touch. The sharp loops make this song even danceable, and it is one of my personal favorites on this album. Most other tracks have a bit the same sound colour and ideas. I think that people who love bands like Sixth June, Nine Circles or Volkova, will have some nice moments listening to 'Post'.

These Polish guys certainly put their band 'Alles' on the map, and as a debut this album can count. The fresh ideas and the typical lyrics make this a project to follow up in the near future. From pure minimalism to dark electro pop, and from early Kraftwerk-tunes to melodic electro, well done guys.