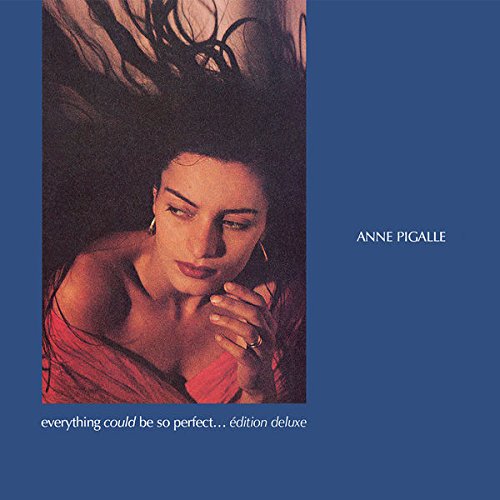 Everything Could Be So Perfect

During the '80s, Britain's most extravagant label since Factory or 4AD didn't spend all of its budget on the likes of Frankie Goes To Hollywood, Art Of Noise or Propaganda - they could afford to indulge in rather more cultured, more cosmopolitan and more conditional projects such as the film Insignificance, classical minimalist Andrew Poppy and Gallic torch-songstress Anne Pigalle.

Even with ZTT at the helm of her music-career, Pigalle faced an uphill struggle from the off. If there was one way, one of many ways, to perplex the occasionally narrow-minded UK music-critics, it was to have been French. Vanessa Paradis, Isabelle Antena, France Gall, actress Gabrielle Lazure - they have all been the butt of many an unfair review and have suffered stereotypical synopsis - things didn't move on for Anne Pigalle. Sure she wore the Piaf comparison reasonably well it has to be said, the tortured chanteuse sultrily smooching her way through a repertoire of songs more suited to cabaret and burlesque than the NME or Q. But the British public sniffed and carried on buying Bananarama, Kim Wilde etc. However what's worth remembering is that Pigalle penned and co-wrote the vast majority of the material on here and, here's the news, most of it is pretty decent.

Looking For Love is by turns a sad paean and a joie de vivre for lonely hearts, while the singles He Stranger and Why Does It Have To Be This Way are, well, similar calls to emotional arms. Intermission has an element of Grace Jones about it - perhaps its The Gods Are Bored motif or the partly spoken delivery - while the sprightly Souvenir D'un Paris, released as a single in France, sees Pigalle pay homage to her beloved home city - in French.

In addition to the rather short original album, there are numerous remixes, some b-sides, French language versions and a clutch of studio-session takes that make this previously unloved album something of a treasure.

Every inch the face of The Face thirty years ago, Pigalle's stylish chansons d'amour sound remarkably contemporary in 2015. Investigate.