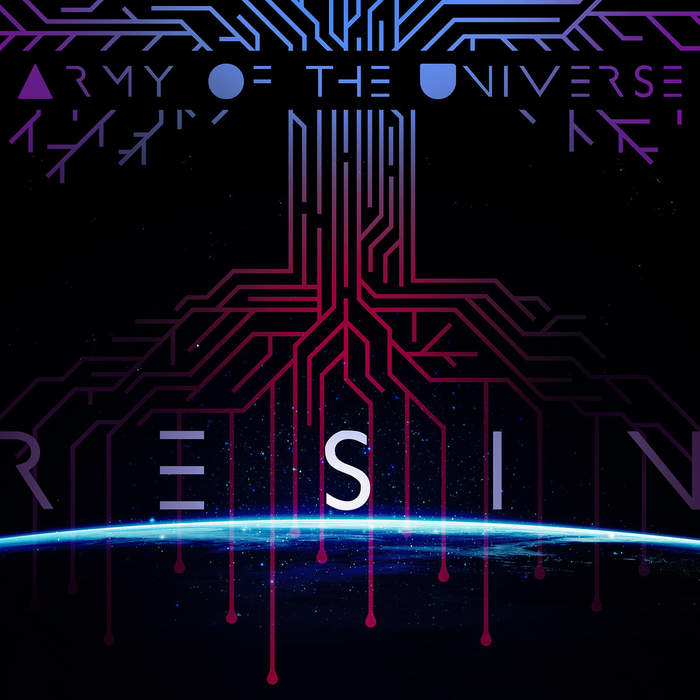 ARMY OF THE UNIVERSE

The ten-year celebratory release by Milan’s Army Of The Universe comes in the form of re-release and remix of their first 2008 single release;“Resin”.

A new mix by Mr. Kristopher(Kristopher Gray) along with the remake is a fitting tribute to the bands first decade. The four-piece electro-rock outfit consist of Albert Vorne, Dave Tavecchia, Lord K and Chris Vrenna have built a repertoire which screams of a new wave-dance orientated style, never overtly commercial but highly accessible. Here though this makeover of “Resin” showcases the bands maturity over the past decade, it is a slice of ‘Orwellian’ darkness against a menacing and hypnotic dance groove;

They have balanced their own unique quality on a tightrope of eighties-electronic nostalgia and nineties cutting-edge industrial sonics, for newcomers to Army Of The Universe this latest Ep is a wonderful introduction to the band and will instantly inspire you to check out the rest of their back catalogue.

Army Of The Universe;

Next reviews
BROKEN EGO • Getting Higher
BEAUTY IN CHAOS • Finding Beauty In Chaos
SIOUXSIE AND THE BANSHEES • Juju
YOU, VICIOUS! • You, Vicious!
VIRGIN PRUNES • Hérésie
HATCHLING • Alpha
THURSTON MOORE WITH TOM SURGAL • Klangfarbenmelodie​.​. And The Colorist Strikes Primitiv
INCONCESSUS LUX LUCIS •
WE ARE THE WAY FOR THE COSMOS TO KNOW ITSELF • Flashbacks
EUROPEAN GHOST • Collection Of Shadows