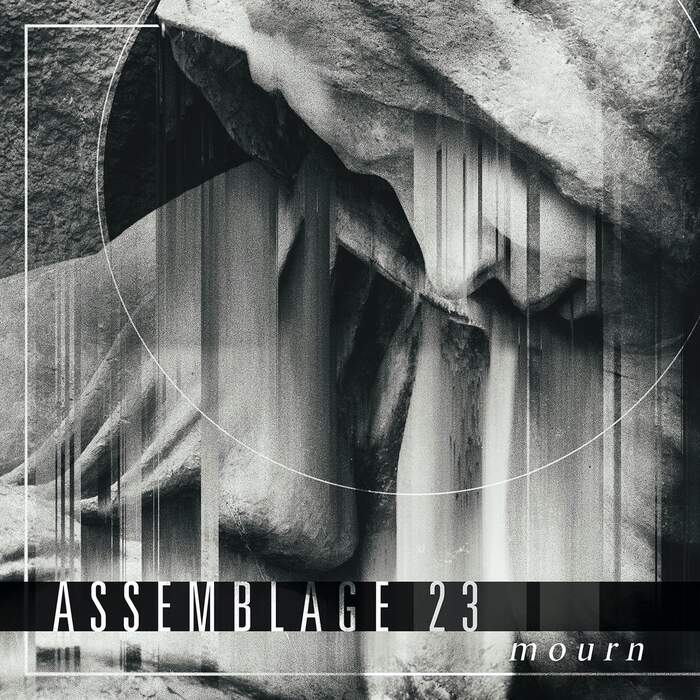 Tom Shear stands out for being a great composer and an excellent producer who throughout his career with Assemblage 23 has released very elaborate Synth music albums of great musical quality.

The depth of the lyrics and the poetic skills of this American musician is something that I have always admired and it is a value that does not go unnoticed when listening to material from A. 23 and his alternative project.

All the albums of this band are highly anticipated by fans of the Synthpop and Futurepop genres, it is that A 23 knew how to gain many followers due to its qualities and its unique style.

They use electronic tools to decorate their melodies and make beautiful songs. His style is quite dark, although sometimes his songs are built from very fast rhythms. But this time I'm going to talk about Mourn, the last album released a few weeks ago:

This album proposes a calm atmosphere, to contemplate the songs and to enjoy it calmly. It is an album that hovers between the dark and the gothic, and this is observed when trying to understand the message of songs like “Confession” or “welcome apocalypse”.

In addition to the songs I mentioned above, I highlight "Could 've and "Epipphany" as the ones that I consider the most representative of this album. On the other hand, I must say that" Mourn "is a very interesting piece, which I think could fit between the best of Assemblage 23. I am a big fan of this band and the albums "Failure" from 2001 and "Storm" from 2004 are two of the albums that I prefer from this band, and now I have no doubts about adding this last album to this list.

Mourn could be used to summarize the entire work of Assemblage 23, it maintains the unmistakable sound of Assemblage 23 but adds new resources in producing work that gives each track arrangement and sound textures, which add a lot of richness to each song. As I said at the beginning, Shear is an excellent producer and composer and in this work, those who access it will be able to enjoy their great talent.

I really enjoyed this great work by Shear a lot, that's why I decided to give it the best rating, it really is an album that should not be missed.