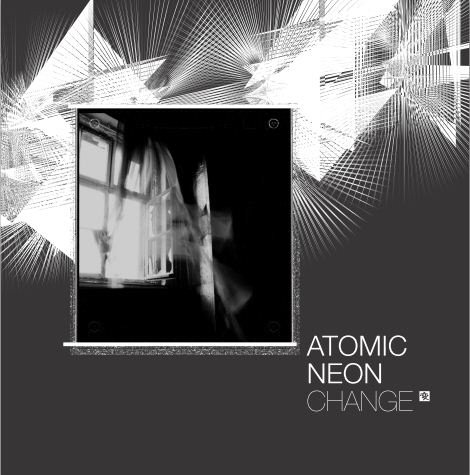 Black Rain might be known for its more electronic-oriented releases with Feindflug as the most known one but they also home to one of Germany's freshest coldwave bands: Atomic Neon.
This band from Essen already released a 7" on Plastic Frog ("A Desperate Dream") but with "Change" they came up with a whole album.
The first question that arises is if they could have freed themselves from the burden that's called The Cure?
It's not only the voice of singer Rio Black (how do they find these names?) which resembles the voice of Robert Smith, there's also the music itself.
Atomic Neon aren't afraid of epic lake of tears like "Weep" that could have been taken from "Wish".
Even more, "Booom" has the same genius silliness which marked "The Head On The Door" and still after having said this, we think they're more than just some Cure-copycats.
The main reason is because Atomic Neon added to their coldwave a post-punk swirl which delivers us mighty gems like "I Hate My Love". That gives them a nice spot next to bands like Ulterior or The Exploding Boy.
Truth is that there are more original bands to be found in 2011 but whether they can have the same grasp on you is another question?
Apart from some mediocre songs, more than recommended!

Other reviews from ATOMIC NEON
ATOMIC NEON • The Bodanegra Session