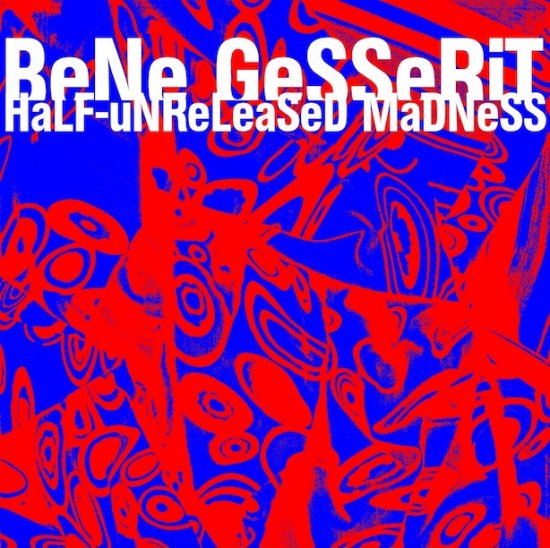 According to the legend there is only one right way to write the name of this band in a proper way and it’s like this : BeNe GeSSeRiT (and with this we made a quick check to see if we didn’t write any errors!).

All madness aside,  BeNe GeSSeRiT is without any doubt one of the most experimental bands in the minimal synth-league. No surprise once you know this is the band fronted by Alain Neffe (here as B. Ghola) together with his wife Nadine Bal (aka Benedict G.)

Just like the latest BeNe GeSSeRiT-release  “First time in Aachen” on EE Tapes, this record features tracks that have never been released before.

The atmosphere this duo created  is a rather weird one, one that balances between the cheapness of a B-movie soundtrack and the darkness of the mysterious.  Analogue sounds for the fun of the experiment mixed with a lot of Dadaism.

These architects of analogue lunacy are also creators of great absurd songtitles like  “Il faut souffrir pour être Belge” (who can blame them?) or “Baiser d’amour”.

BeNe GeSSeRiT (last time I wrote down this name!) are a real tip for people who like more experimental stuff. Something like The Flying Lizzards meets early Cabaret Voltaire. Those who like poppy tunes better avoid this!

Great stuff that’s been released on vinyl limited to 400 copies!