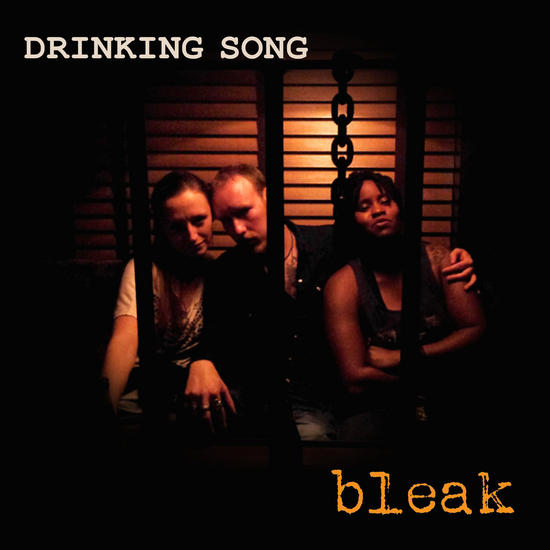 Bleak is a nice trio living in London. Some of you might have seen their first video and now they present us their new single. The single is different from the video Run For Cover. You might expect to hear something like The Pogues, but the native Russian Anton brings us a type of singer songwriter with influences from both folk and blues. The track is of course about champagne and vodka!

I sense some Alestorm-influences, but I guess that might be just me. It's a great track that grows slowly and one you can use when you drink. And for the record: Anton used to be the live guitar player of Sol Invictus (just remember for example the gig at Magasin4 in Brussels a few years ago), that also says something about possible influences. But to be completely correct: this great track was written before he was on tour with them.

And then there is the B-side called Ebb and Flow: a more country and western-sound with even some nice harmonicat, while the vocals are done by bass player (Rachel). The ending sounds more like blues, with again that drunken feel.