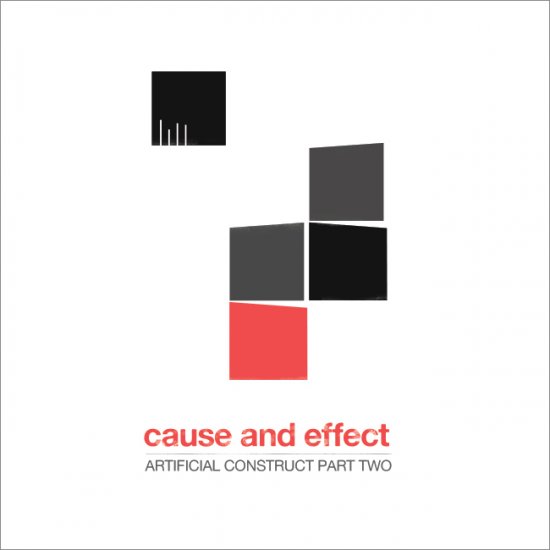 Cause & Effect were formed in the late 1980's in Sacramento, immediately managing to attract fans and scoring hits in their home country ('You Think You Know Her' even reached the Top 40 of the Billboard Singles Charts). After a rather long period of waiting (their last EP was released in 2003), they now return with a new album 'Artificial Construct'.

For this album Cause & Effect went a different way, releasing the album as 3 EPs. 2010 saw the first part, this is now the second release and the third part of the trilogy is scheduled for later this year. Definitely an interersting idea, so you get your dose of new material in way shorter periods of time.

Kicking off with a bang is 'Happiness Is Alien', a song in the best tradition of old hits like 'It's Over Now' that almost cries for a live performance. The three other songs are darker and moodier in their arrangements. They all develop a rather dreamy feeling, in the old days one would have said classic album tracks that won't lose their appeal over multiple playings. Spheric sounds, bells are surely true winners for every fan of quality synth stuff. Difficult to name a favourite song, the beautiful 'Shine' or 'Future' with the fantastic 'she blames the death of vinyl for the death of her smile' line, stand out.