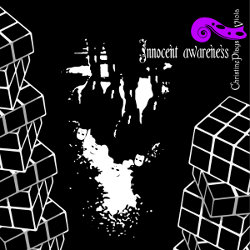 As a musical fan you can only embrace economical crises. Unfortunately it gets people on the dole but it also results in dark sounds.

They might call it these days neo post-punk or whatever, but it’s a godsend to hear the influence from the 80’s that it makes you forget there was something as dreadful as grunge.

In the long list of new bands we can add three Italian boys from Pratola and even if their band’s name sounds like something neoclassical we’re dealing with some dark post-punk stuff here.

They’ve been already compared with the likes of The Cure, Fields Of The Nephilim or even Siouxsie and the Banshees. Sure, you can hear bits of that in their sound but we heard mainly a band who’s been inspired by Joy Division.

Isn’t everybody these days?, you ask. Point taken, but another truth is that they have respect for the spirit which was behind the Mancunian legend rather than just the image.

After some small releases and some Italian band contests they finally came up with their debut “Innocent Awareness” that got released on AF Music. All songs have a dark atmosphere where melody rules that could appeal, as well to your average Interpol-fan or Goths who like indie.

At the moment this is only available as digital download but next month there will be a physical cd available at AF Music.