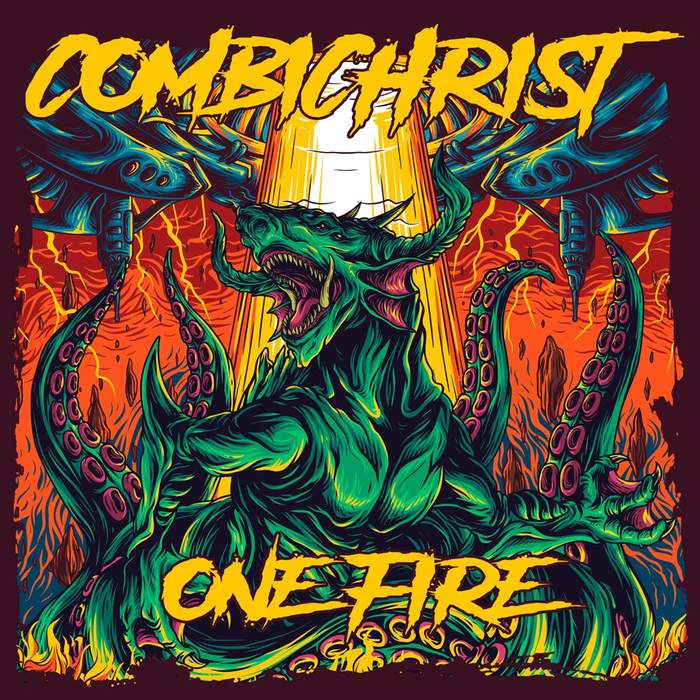 Does Combichrist need an introduction? Started in 2003 by Andy LaPlagua, Combichrist fastly grew into one of the big names in the scene, as songs like 'Blut Royal', 'Get your body beat' & "This shit will fuck you up" were huge club hits, which still - after all these years - remain popular. Yet, "One fire", their 9th studio album, has more to offer than only the famous aggrotech songs. The collaboration with Burton C. Bell resulted into a more industrial metal like song, that lies in the line of Bell's own band Fear Factory. With 'Bottle Of Pain', Combichrist brings a song that combines Alestorm with Pirates of the Carribean, but in the not so jolly kind of way. LaPlague gets into a melancholic, even depressive kind of mood. For me, one of the most remarkable songs is '2054' with a kind of storytelling style, that made me indeed think about how the world would look like in 2054. Combichrist really spoiled the fans with 13 tracks, taking you on a 51 minute long journey. If you missed Combichrist, they're still on tour through Europe this summer, with a date at the M'era Luna festival in Hildesheim (DE), but also multiple dates throughout Europe, a date in Brazil and a couple of gigs in Australia.