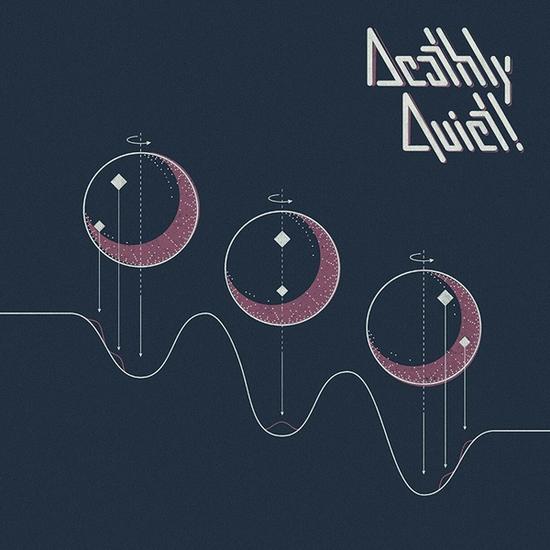 Deathly Quiet is the project of Warren Bones, an Australian who also plays in Novakill. This is a re-issue of an almost impossible to find 7” The Next Step, which was released in 1986. Deathly Quiet is now re-issued on a 12” with some previously unreleased tracks on dark green vinyl. It’s the first release of Die Blinden Records.

The album opens with the gloomy vintage synths of The Next Step. The other tracks sound creepier and are quite rapid with pulsing bass lines, nervous percussion and spooky synths. Warren’s mad voice reminds me of Gavin Friday (Virgin Prunes) or Dave Ball. He sounds tormented in Save Me and rather lunatic in State you’re in. This album paces towards the end.

It’s nice getting acquainted with Deathly Quiet. Warren Bones might bring this material live on an upcoming Waveteef event, said Mat Zwart, who also announced that Die Blinden Records will release the next Luminance album.Two things to look forward too.