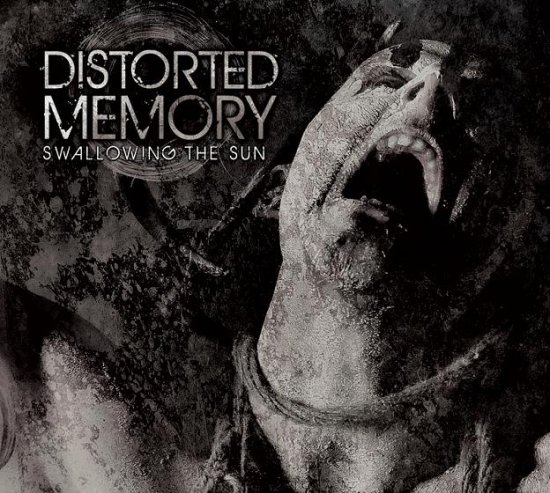 From the moment you see the name of X-Fusion pop up, you surely know what to expect, you are entering the world of harsh hellelectro.
"Swallowing The Sun" is the second album by this Canadian band which is in fact based around one person, Jeremy Pillipow.

Some will say this is far from original and in a way we think we've, indeed, heard far too many Suicide Commando clones to be thrilled by this genre, but still Distorted Memory are delivering a fresh album. Not in the least because they use elements from both futurepop and some tribal beats.
It's frequently very difficult to listen to a whole hellelectro album, but Distorted Memory are an exception and that's because Jeremy understands that music is more than just some excuse to come up with scenes, lifted from horror movies.
You hear distorted vocals (ha!) which are often delivered in danceable songs, demanding more than just one listen to get a grip on you.
Maybe you never thought it would exist but there is something like hellelectro with class and for once it's not delivered by Johan Van Roy but by Distorted Memory.
As a bonus you get "Hand Of God" remixed by Die Sektor.