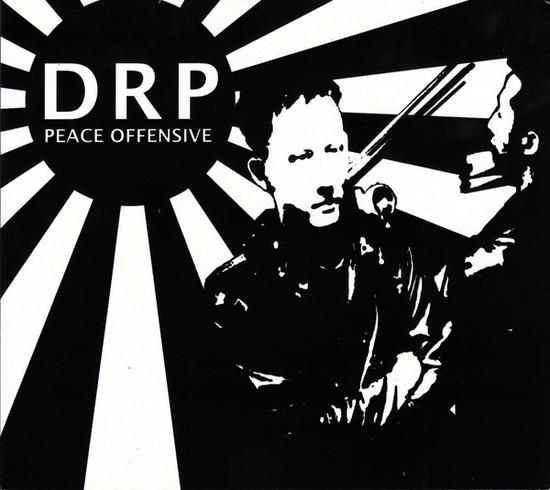 You may ask yourself: who the fuck is DRP? Well, DRP is a Japanese EBM band that released its first album 'Electro Brain 586' on Body Records/Antler Subway way back in 1990. Think of early Revolting Cocks on speed. Now, 25 years later, their second album 'Peace Offensive' emerges. In fact this album and the planned 12" 'Make Love' where recorded in 1991 but never saw the light of day due to a changing label policy. We can only be greatful to Dirk Ivens of Daft Records who recently rediscovered the master tapes in his archive. Remastered by Eric van Wonterghem (Monolith/Absolute Body Control/Insekt) at his Prodam Studios (Berlin), it’s needless to say that this is another bomb release from both Daft Records and DRP! This nice digi-pack contains 10 Electro-acid-EBM bombs in the true DRP tradition, plus the 3 remixes of the alleged 12” `Make love’. Those who already own or illegally downloaded DRP’s first album, will already know:this is the SHIT! A must-have, but you better hurry up as only 300 copies are pressed!