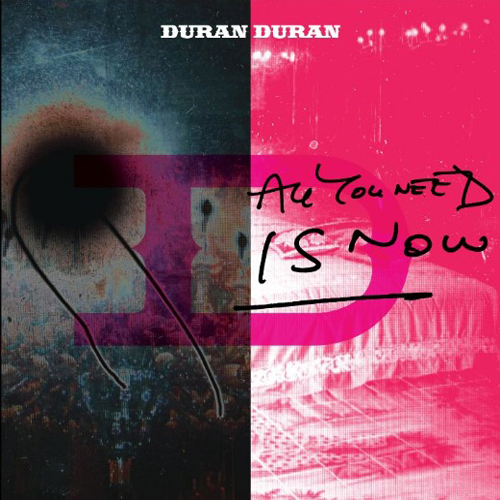 All You Need Is Now

For some Duran Duran might be evil but whether you like it or not, those New Romantics were one of the founders of the 80’s pop. They knew (and still know) how to write catchy tunes!

Duran Duran has never been away and they kept on releasing albums. Their success was however mainly in the States as over here no one really cared what Simon Le Bon, Nick Rhodes, John en Roger Taylor were doing. Not that you are to blame; after all it’s been since “Notorious” that they made an album that’s been worth mentioning.

For the new cd all hopes were high as it was the aim of producer Mark Ronson to make their 13thstudioalbum. It might sounds strange but Ronson did a perfect job as this album sounds like it was actually released in 1984 and it would be quite hard to find an album these days that sounds as 80’s as this latest  from Duran Duran.

Title song  “All you need is now” might be the weakest of all 14 tracks but songs like  “Blame the machines”, “Girl Panic!” of “Leave a light on” are synthpop pearls that could have been on  “Seven and the ragged tiger”.

For those who think there is no place for Duran Duran in 2011: why is it that clones who can’t write proper tunes are allowed and that you forget about the real stuff?

Never could thought it could happen but Duran Duran are back, and how!