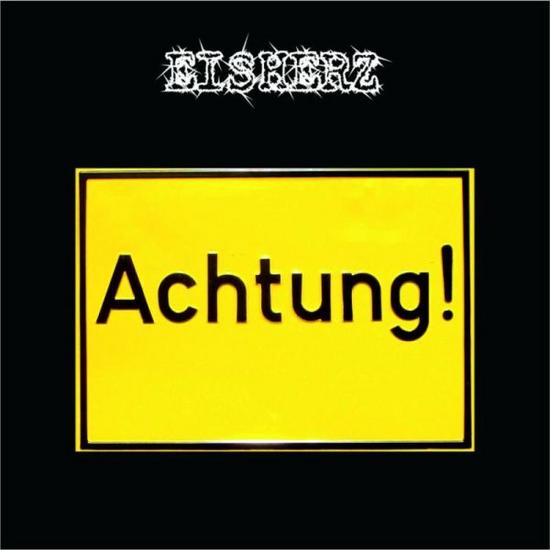 Eisherz are back! Who? Well Eisherz are Kai and Sebastian, they made one self released album in 2006 and now they return with their second album "Achtung!". They found a label too, RecordJet, but most importantly, I love their album!

What are they all about, you might want to know? Well,they make a good blend of their 90's gothic and darkwave roots (Relatives Menschsein, Dorsetshire) and 80's industrial and synthpop. There are even a few trips to neoclassical foothills (Kaltes Herz, Die Alte Orgel) or militaristic neofolk (Schützenfest, Der Hölle Rache) regions...

"Kaltes Herz" reminds me a bit of Kirlian Camera's Heldenplatz, mixed with lyrics in different languages like Amgod/yelworC used to do. So you can't go wrong there... The wordplay between the two of them in "Der Hölle Rache" is a wink towards Neubauten and the childrens song "Der Kleine Rächer" is another wink to the early industrial FSK/Dorau days where anything goes. Charming but thankfully also the only wink in that direction. After that the feedback buzzing experiment of "Intermination" is an unneccesary interlude.

Uptempo electro songs that seem to come directly from Danse Macabre's or Offbeat's vaults are "Autoselbstfahrer" and "Liore Christo". So it's like a compilation of all what was good in the 90's and therefore I can highly recommend this album if you are looking for a good trip down memory lane! Nice effort!