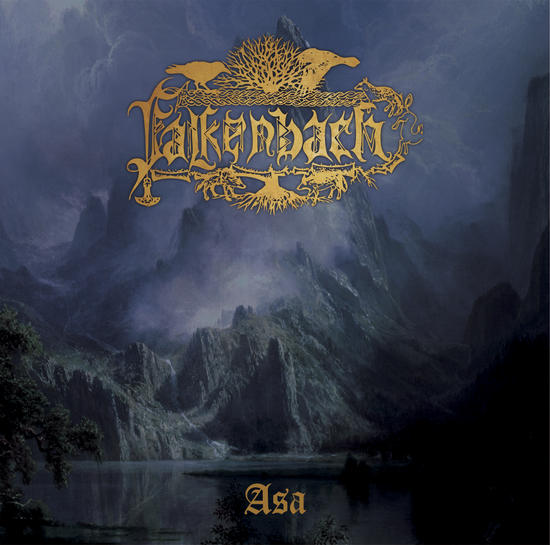 Six months after the acclaimed vinyl-single "Eweroun", Falkenbach release their sixth album "Asa", the Heathen Metal forerunners' worthy debut on Prophecy Productions. "Asa" is an all-out typical album for Falkenbach and combines elements from all creative periods of the project. It is characterized by a steady flow of both mellow and aggressive passages, blends harsh vocals with clean singing in an almost extinct West Germanic dialect and is once more remarkably epic as well as wistful. With this successful amalgamation of tradition without any clichés and fiery passion, Falkenbach again prove their superiority in the face of trivial "Pagan Metal". So far the promo talk.

I love the artwork, seems to be very into fantasy! Personally I found a lot of other good reasons to review it: the melodic sound and the nice mixing of the harsh voice and the more melodic ones (male and female). Sometimes hard & heavy, sometimes soft and ultra-melodic. I also love the little medieval interludes and the accoustic sound in between two agressive parts (seems to be a classic way of building up a song). You never get bored, for sure! The strange language (however sometimes I think it can be compared with Estonian) is fine for me and reminds me sometimes of Mortiis (the early years), another special act. I just seems unfair that not much people know them, yet. So hurry up and use the share bottom or post it in the well-known forum of your beloved music!

Here is a nice video: