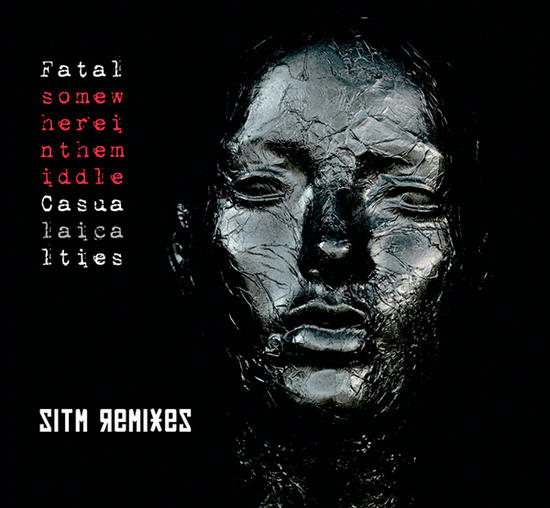 Fatal Casualties, a band that was active between 1986 and 1991, has resurfaced since 2010. I never heard of them and I guess the same goes for you. If not, well then I take of my proverbial hat... They are a duo, Stefan Ljungdahl & Ivan Hirvonen and in 2012 they released their first EP "Paria" on the recent label Seja Records.

Since december they have a new EP, two songs and three remixes by none other then Traffic AM, Nothing But Noise and Beate Bartel. Impressive, since Nothing But Noise is none other than Daniel B. (Front242) and Beate used to be member of Liaisons Dangereuses. The single edit sounds a bit like an electro version of Virgin Prunes, haunting and expressive vocals with feverish rhythms. "Laika" is the b-side, an ominous film noir soundtrack, think Clock DVA (Advantage).

The remixes then, Traffic AM sticks with movie themes but now its a slow and sickening bass guitar, like a horror tune right before the slashing begins. I like the howling vocals, they really did a good job setting the atmosphere. Then it's Daniel B. and its a long track, again slowly developing from a minimal horror show into a moving electrotrack. Beate Bartel's version is even more subdued, but still good and compelling.

No crowdpleasers or floorfillers here, just a few different approaches and most of all good music! Nice stuff from Seja.