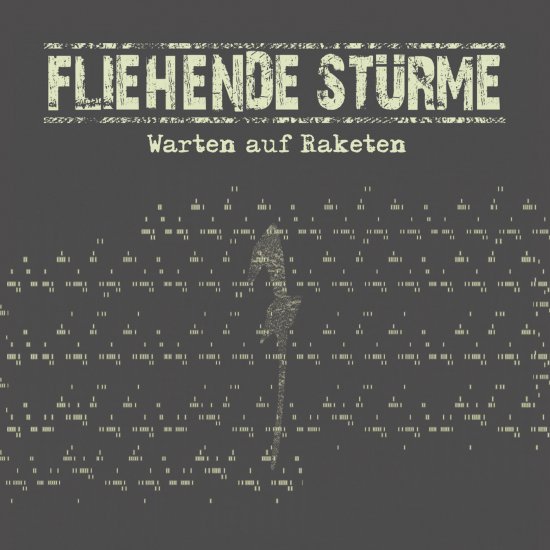 The title 'Waiting for rockets' would have been highly controversial in the early to mid-1980es thanks to the cold war. During those days, Andreas Loehr started his first band Chaos Z before releasing his first Fliehende Stuerme album in 1988. Lots of things have changed during all those years, but Fliehende Stuerme are still going strong and staying true to themselves in 2011.

The trio has always used the magic triangle of punk, gothic and dark wave and this is no different on their new album, without copying or becoming a parody of themselves. Kicking off with the 6 minute depressive punk of 'Sterne', and the straight in-yer-face 'Fuehrerlos'. Fliehende Stuerme have lost nothing of their energy over all those years, lyricwise Loehr deals with every day and not necessarily funny life aspects. Questioning who is the owner of the world in 'Teilzeit' or thinking back over past plans and finding you're still stuck in the same boring place in 'Netze'. The band manages to sneak in the synthbased gothclub anthem 'Tiefe' before ending the album with 'Still', remeniscent of Joy Division at their best.

All in all, a very good new effort + it says a lot, when one can say after 20+ years that the new album 'Warten Auf Raketen' is one of their strongest efforts so far!