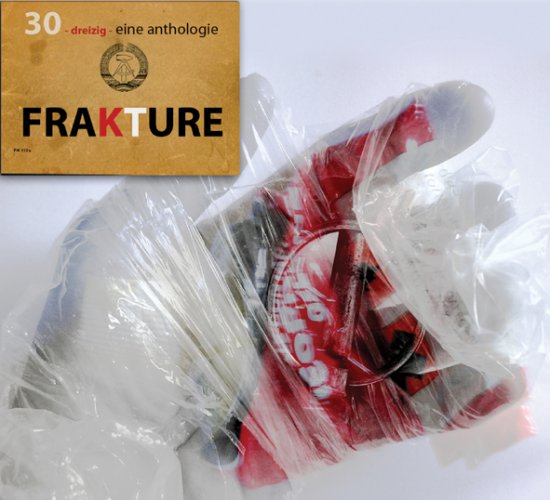 If we’re mentioning Frakture then we have to dig into French history. And no, we’re not talking about the adventures of Marie-Antoinette, this is all about Sergeï Papail.

Influenced by the mighty electro punk from Suicide, Frakture were one of the many bands that were around back in those days.

Frakture became a sort of household name especially as Sergeï also was part of cult bands like Marquis De Sade and Marc Seberg, even if after their split in 1983 they only got one release: “Sans Visage/Nagasakind”.

Sergeï always stayed around in the French underground and during the  “Des jeunes gens modernes”-happening in 2008 they formed the idea to release an album to celebrate their 30thbirthday.

The idea became reality when the Parisian label Brouillard Definitif decided to release an album that appears to be some kind of retrospective.

Of course the studio recordings are the most interesting tracks. It is kind of fascinating how some raw artpunkband develops a sort of melancholic wave, like only a French band can deliver.

Not all tracks on here do obtain the same quality and it has to be said that some live songs suffer from an inferior quality but it still contains enough quality to get this at home if you’re into 80’s bands that only made it to the footnotes of history.