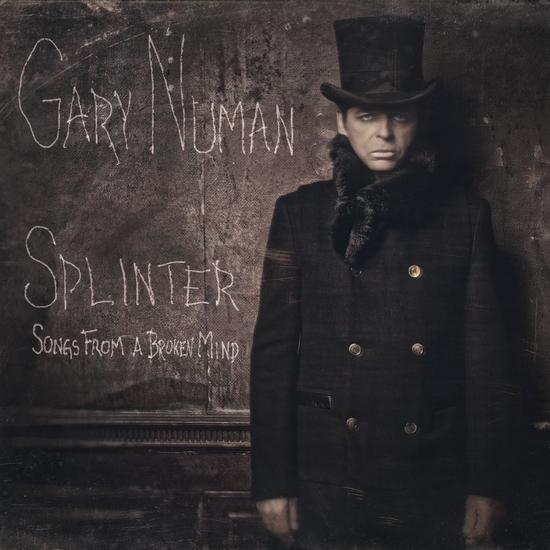 Splinter (Songs From A Broken Mind)

Gary Numan's new album "Splinter" will be released worldwide on Monday 14th October. Peek-a-boo had the opportunity to preview the album and it's f*cking good!

This is Numan's first full-fledged self-penned album since "Jagged" in 2006. It features a nice variation of styles and atmopsheres, ranging from the electro-industrial wall-of-sound à la Nine Inch Nails, especially in the first tracks ("I Am Dust", "Here In The Black") to more experimental synth-pop compositions ("The Calling", "Splinter"). As you know, Numan and Trent Reznor (NIN) have influenced each other greatly over the years and this album continues in the same... trend... To make things even clearer, the album features iconic NIN guitarist Robin Finck.

But of course Numan has his unique style, that transcends all possible comparisons. You also get slow ballads such as "Where I Can Never Be" and orchestral strings on "Scream". But the most attractive track, in my opinion, is "Love Hurt Bleed" with its very catchy chorus.

A good album, that will please all the fans!