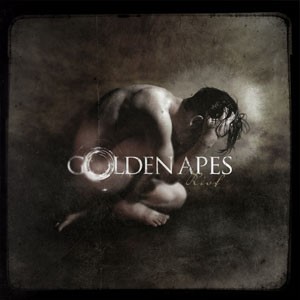 When I was recently reviewing the current album by our beloved Belgian band The Breath Of Life I was telling you how much adoration I have for those who never give up their dreams. Even if I never heard from this German gothrockband before, I think I can say the same things as these guys are already around around since 1998.

As just like with every other band, they had their changes, but you could always spot them somewhere in Germany. From the famous Wave & Gothik treffen till appearances in clubs along with icons such as Ikon (ha!), Clan Of Xymox and The Crüxshadows. In fact, with having said this, we can actually stop as this is what's it all about: gothrock in an oldfashioned (but very good!) way.

When this cd was in my carstereo (the perfect way to discover dark music I think) I was thinking of a perfect marriage between Deine Lakaien and Clan Of Xymox. Doesn't that sound beautiful? I guess so.

By the time you read this these guys will have released Riot, their sixth album and perhaps it's time the world will listen. But then again, it's destinated to get played in a very dark room along with some candles and a whole bunch of weltschmerz. Perhaps it's late to say after 15 years but Golden Apes are a discovery.

Next reviews
ACCOLADE • FestivalliaS
THE BLOW MONKEYS • Animal Magic
THE BEAUTIFIL DISEASE • It's weeping time in Ghostly gardens
• The Lost Coast Tapes
SIMON BALESTRAZZI • The Sky Is Full Of Kites
CHRIS WATSON • El Tren Fantasma
LUYAS (CANADA), EWERT AND THE TWO DRAGONS (ESTONIA) AND I GOT YOU ON TAPE (DANMARK) • live at Club Trix, Antwerp, 8/12/2012
ADAM ANT • Review of the concert at Zappa in Antwerp on 7 December 2012
DAVID LYNCH • Eraserhead
DATE AT MIDNIGHT • No Love