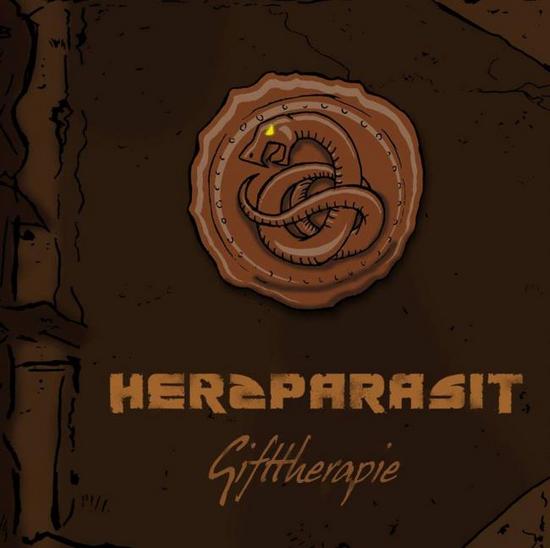 With names like Ric-Q, Mr. SM and El Toro you might expect something like a new Hocico being born, but this trio play Neue Deutsche Härte. You know: a sort of mixture between goth and metal, sung in German and of course based on the success of Rammstein. ‘Gifttherapie’ is the second album by Herzparasit and the following-up from their debut ‘Fromme Lämmer’ from 2011. Whether you like it or not depends of course if you like such style. The album that features 13 tracks opens strong with Kammerjäger and in a song like Kartenhaus we can even hear that they’re capable of penning down a memorable tune. The synths in Warme Lippen, Kalter Stahl are even excellent and let us remind us of (really) Laibach while Zuckerland has some upbeat electro-beats that is similar to say Oomph!. Was dein Herz verspricht is perhaps the album’s hardest piece and features Jenna Jacob on vocals.

Gifttherapie is surely not a masterpiece, but a varied album from a band who have lots of different influences. You can say they’re dreaming of Rammstein (and I’m sure they do!), but they’re more than a copycat. Recommended if you like Neue Deutsche Härte, and if not then avoid!