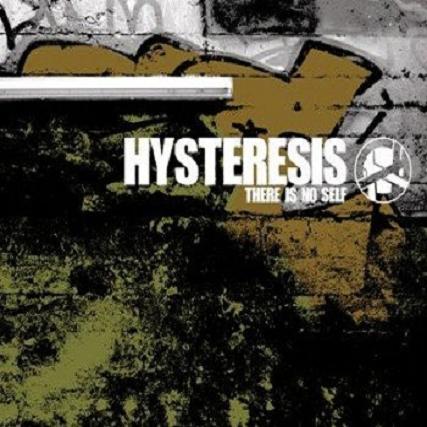 There is no self

Hysteresis is along with Empusae one of the better known industrial acts from Belgium. Previously, Hysteresis have released both "Measured & Chaos" and "Will & Representation" on Spectre Records but as we see it happens more these days, this label went overboard and this duo have found a haven in the well respected Hans-label.

Industrial, you say? Well, not quite as this band seek a lot of different influences which makes their music as the well known roller coaster ride and if it depended on me, I would label their music as horror-indus as this is the type of music that plays with your mind.

Opener "I Dose" lets it all loose and reminded me a bit of Motor as, just like them, Hysteresis are raping different ravesounds which makes this the sort of dancefloor killer that actually never see the dancefloor.

Those hard beats are also to be heard in "Homo Rapiens", "Assance" or the absolutely maginifivent "Testifire" but Hysteresis are also the kind of band who can come up with the most strange twists. So you can say in some way that "Calculus" is like Jean-Michel Jarre on speed while we thought that "Shikha" contains some samples from classical music and there's even an IMD-moment in "Mental Universe".

"There Is No Self" is what we tend to call an adventurous album that never sounds boring just because they can rely on a large scale of different sources which makes such open minded bands a relief to listen to.