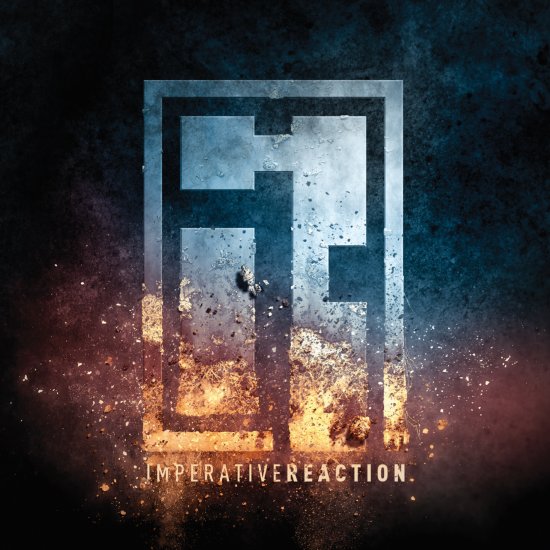 I've always considered myself as a 'glass half full' kind of guy, but with the new self-titled album of IMPERATIVE REACTION the glass I'm served is filled to the rafters!

Building on the typical sound they already perfected on Minus All, IMPERATIVE REACTION continues to bring tech-savvy, well-produced dance floor stompers, that (unlike so many in todays scene) doesn't disappoint in actual songmanship.

Since their early days they've been praised for their unique sound relying heavily on TED PHELPS' excellent vocals which cuts through the pristine songs they deliver. Their latest self-titled album brings (more) guitars to the mix, making it a bit more rock oriented. I have often considered this to be a mistake for electronic bands since adhering to the rock scheme could in fact be considered going back to a 15th century musical paradigm, something, that to me, feels strange in the 21st century. However the limitless potential of this day and age is displayed to the fullest on this release and while listening to the latest Imperative Reaction, it is clear that the incorporation of the six-stringed-beast is a well considered addition bringing their sound to a new level without loosing touch with their musical roots.

The album boasts 11 songs in total, offering a rather varied listening experience, ranging from the slightly more laid back Siphon or Permanent to the club-ready Side Effect or Surface. The album's energetic feel really makes me want to go out and see them live, a feeling that is rare for me and deserves extra credit!

Go check them out: http://imperativereaction.tumblr.com/ or watch the Surface videoclip on youtube: http://youtu.be/DMRTXQSO89E