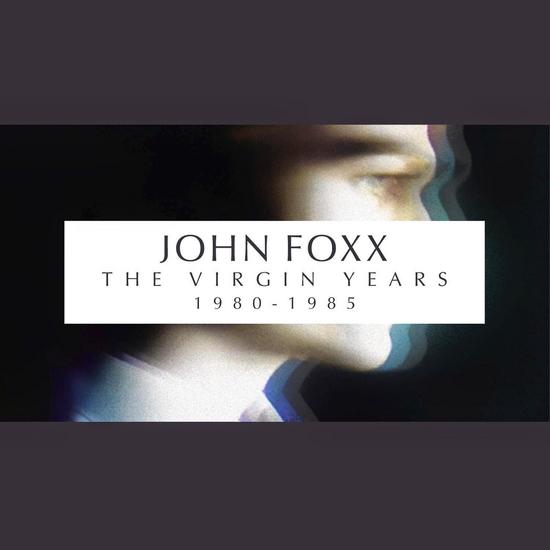 After a considerably involved period of creating new music as part of The Maths and reissuing older cuts, one Dennis Leigh continues to re-represent his catalogue in new formats with this warts-and-all assemblage comprised of his major-label era.

Covering all of his Virgin albums from the pioneering 1980 debut Metamatic to 1985's rather more pastoral In Mysterious Ways, this box also adds a bonus disc sweetener entitled Fusion/Fission which gathers up a few unreleased gems, alternative versions and a few b-sides that haven't been represented on the album's individual discs, all of which comes with original artwork imagery. You don't get the 12" mixes though so it isn't conclusive.

Metamatic has rightly been acclaimed as the link between post-punk and electro by being a self-made album of austere pop-music borne out of urban paranoia and neo-classical melodies, topped off by icy blasts of synth and drum-machines that shimmer and resonate. Underpass is a truly great single that hopscotches its way across a playground of menace, atmosphere and that drum-beat, while the robotic 030 remains an unsettling monochrome melange of sweeping synths and itchy bass-lines. The extra tracks include the instrumental club-hit Mr No, the killer single Burning Car and alternative takes of A New Kind Of Man and He's a Liquid.

Follow-up The Garden saw Foxx eschew his solo status somewhat by assembling a band, preferring a more human and some might observe, a more gothic approach to song-writing. The title-track and Pater Noster keep things dramatic, while the excellent Night Suit, Fusion/Fission and single Dancing Like a Gun recall Foxx's last album with Ultravox, Systems of Romance (which just happens to share its title with another album track on here). His most under-rated single Miles Away forms part of the bonus material along with numerous incarnations of Swimmer, parts 1 to 4.

His next two solo efforts were as different as chalk and cheese. The Golden Section saw improved production (from Zeus B. Held), a crack band (with ace bassist Jo Dwoniak) and near hits Your Dress, Endlessly and Like a Miracle, while the more restrained and reserved In Mysterious Ways seemed beset with pressing problems and scheduling issues, quietly slipping off the radar just a few weeks later. It certainly had its moments in Shine On, Stars On Fire, Enter The Angel and the swooning epic Morning Glory, but it was by turns rather bombastic production-wise (This Side Of Paradise, Hiding In Plain Sight being prime examples) and musically-sparse elsewhere (Lose All Sense Of Time, Stepping Softly). The reconfiguration here suggests the artist wasn't a huge fan of the original running order, with Paradise being replaced by Spin Away.

The aforementioned bonus-disc passes muster, if only serving as a means of hearing genuinely interesting versions of familiar album-tracks. I'm partial to the My Wild Love mix here, as well as the original psychedelic single mix of Endlessly - who said The Beatles didn't influence the influential...

Overall I'd encourage the fans to keep hold of their double-CD issues of the albums for the extended mixes and snap this up while it's still cheap. For the curious, The Virgin Years represents a more-than-acceptable entry-level package that portrays the artist in a positive light. Five art-cards displaying sleeves of selected singles completes the box-set.