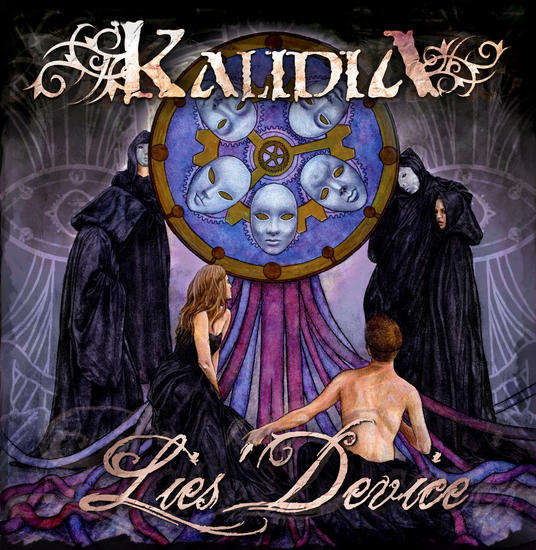 Symphonic metal from Italy, sounds nice and very interesting! The first track sounds indeed very melodic and even a bit melancholic (I absolute adore it), so I can say 'The lost Mariner' is a pearl!

'Hiding from the Sun' reminds me a bit of the Pagan cult band Inkubus Sukkubus, but than with faster guitar play. 'Dollhouse (Labyrinth of Thoughts)' is a bit softer, still the voice enchants me and the guitars are nice enough to keep me captivated.

'Reign of Kalidia' is a great female fronted metal track that can compete with the best! 'Harbinger of Serenity (feat. Andrea Racco) is a great duet, bringing it to a higher level. I can listen to this one the whole day! Andrea's voice could do it as extra backings on any Iron Maiden's record! 'Black Magic' reminds me again of the great Pagan band called Inkubus Sukkubus, not only because of the great vocals but also because of the drums whom sound like raging horses/on the run. The guitar player gets his solo too and join this kind of raging horse sound.

The blues start of 'Shadow will be gone' surprised me a bit, but after all it's a nice ballad! More power play comes in with 'Lies' Device': great guitar play and a nice synth. Once again the vocals are top quality! It's the kind of voice to fall in love with! More symphonic and metal heaven comes with 'Winged Lords'! It sounds a bit mellow halfway, but get fast past it! Last track is a great duet featuring Allessandro Lucatti 'In Black And White'. The last one is a great symphonic end for a great album with all the assets to reach a lot of people! I really hope they get far with this album as they really deserve it!

The only thing I didn't like about this one is the artwork, it looks a bit simple and even childish, the music deserves something better (more attractive)!