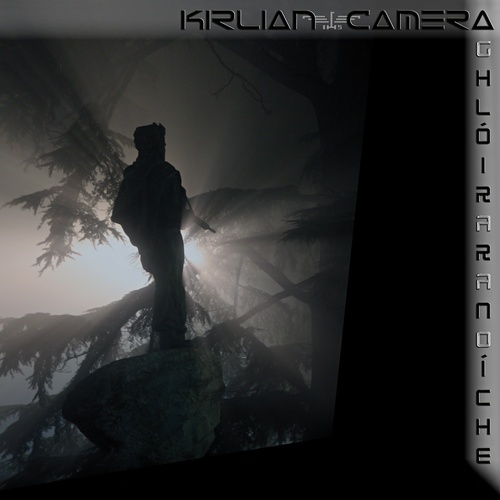 More than thirty years ago Angelo Bergamini from Parma, Italy, started his musical career by forming a band that only should cover one big problem: being misunderstood.

The past is the past as they say and apart from some genius records, the future from this Italian darkwave-institute changed when in 2000 one woman named Elena Alice Fossi made her entrance.

Once again, there are people who have to nail them on the cross by stating that Kirlian Camera is relying to much on the beauty of Elena's appearance. Such things make me laugh, honestly, as 70% of music (if not more) is based around image or do you really want me to believe that The Doors should be as popular if Jim Morrison was your ordinary Joe?

Elena's entrance also transformed Kirlian Camera into a band who turned themselves into some electronic music machine in where dreams live next door to nightmares.

Opening song "Nightglory" has the sound of those typical Kirlian Camera dance floor killers, where Elena's voice fits perfectly with the guitar driven electropoprock, but a track later, you hear the piano version of it and through this you're not only facing the greatness of this song but also what this band is capable of.

"After winter MMXI" is the typical electro-angst pop that Angelo is famous for.

Closing track "I gave you wings, I gave you death" is an instrumental song in where beauty embraces tragedy. In fact, did anyone used already the term, electro-angst?

"Ghlóir Ar An Oíche" (which means indeed "Glory of the night") is released as a limited CD single in a glorious digipak and a strictly limited, gorgeous 10" picture vinyl version.

The reason we gave only 9 stars to this release is just because it only features four songs but it says enough about the forthcoming album : it will be a killer.