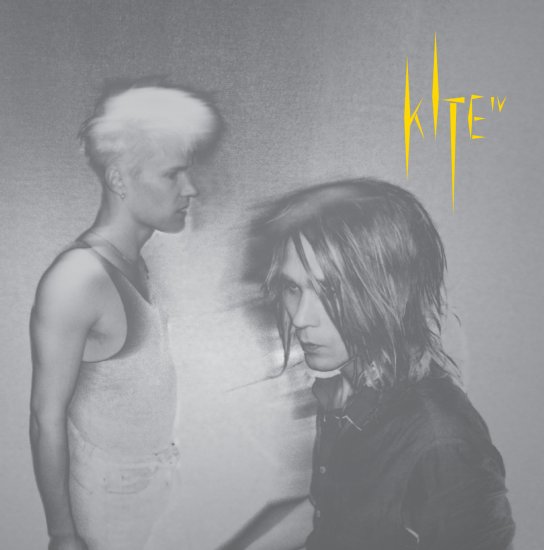 Kite were founded back in 2008 when Nicklas and Christian met in Malmö. From that year on, they've come up with a new release every year and if the mathsknowledge is still intact, it is release number 'IV' now. So far the band hasn't released an album yet, but rather opts to release new stuff quick by way of EPs like this one. An interesting idea, as fans will sooner get new material and not have to wait 3 years for a new album as it is common these days with many bands. Surely an advantage for the band, as the danger of not being remembered decreases this way. As I always love the EP format, I obviously enjoy this release-strategy a lot.

What we get here are 5 brand new songs that at best can be described as electropop. The opening 'I Just Wanna Feel' could work as a concert opener as well, Nicklas and Christian let the song slowly built up before it becomes a part of yourself with very energetic vocals. Those vocals can be a bit of a problem, as the voice is pretty unique and I at times find it a bit hard to fully appreciate the singing, but surely there are lots of people who will love it. Another thing that is very special to the band is the use of sounds, which can already be heard in the opener but is basically all over the EP. 'Step Forward' with driving percussions and the excellent 'Stand Back' prove the quality of this release.

I don't know why, but the singing of 'Victorious' reminds me a bit of the chorus of Corey Hart's 'Sunglasses At Night'. 'Closing My Heart' as final song and personal favourite couldn't have been better placed, a rather melancholic number with massive synthpads that reaches its height when the militaric drums kick in, OMD used to be able to create similar arrangements in their early years ('Romance Of The Telescope').
[Note for all vinyl lovers: the EP is available as 12" as well]