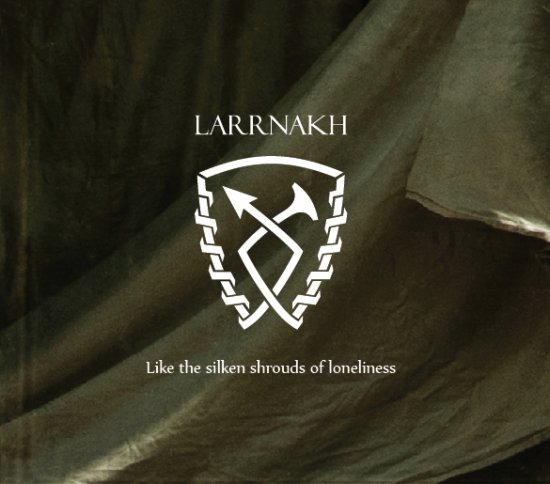 "I want to incarnate a musical entity that is based on my own ideas and conceptions alone. This is didctatorship. I am in control, I make all the important decisions” says Sörös Gergö, who's not only the master behind Larrnakh but also involved in Cawatana.
Perhaps not the easiest person to work with (even if he got help from violinist/pianoplayer Agnes Gresz and singer Alexander Rady).
The Larrnakh empire already gave birth to two albums with the previous one “Now Will You Believe?” being released on Steinklang.
There isn’t that much differencve between the two albums as it seems like Larrnakh is the kind of band who want to specialize themselves in being a mixture of threatening dark ambient/Indus sounds and the traditional neofolk songs we know from Death In June or Hekate.
With its eight tracks this album might be shorter but it’s, for sure, one of the best in the genre we've heard for a long time and that’s because Gergö knows what it takes to write a good song.
Absolutely a must for fans of traditional neofolk.
Coinciding with this release, the band will be in Europe for several concerts as well.