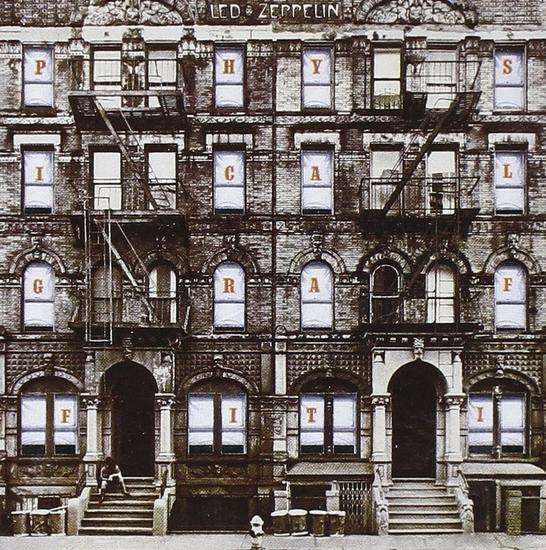 Crammed with anthems a-plenty and adorned in a stunning die-cut sleeve depicting a US city tenement (in Manhattan), Physical Graffiti shoe-horned Led Zeppelin into even bigger stadiums and arenas across the globe, without so much as any huge amount of radio airplay (standard - the band didn't release an official single up to this point). Afforded the luxury of recording several years worth of material, a double-vinyl release proved to be something of a genius move - for 2015, a triple CD also makes perfect sense, considering the wealth of extra material available. Sure, there's nothing particularly unreleased or unheard - no new songs certainly - but there are a clutch of demos on the bonus disc.

Thus you get Brandy and Coke (aka Trampled Under Foot) sounding surprisingly more sprightly than the finished album-version, a grittier take on the already powerful House Of The Holy and a woozy psychedelic retread of Kashmir. The nuances are subtle, the differences barely noticeable in some cases but still as essential as the finished mixes on the first two discs. Sick Again sounds incendiary (and shorter) while the early version of In The Light belies its later incarnation but possessing a bit of bite.

But nothing compares to the original running order of one of music's greatest double-albums. While the packaging has been accurately recreated to some degree, the lack of informative sleeve-notes means that buyers will head to Wikipedia for knowledge and sustenance. Meanwhile, for one of Led Zep's most sublime moments, head to the sun-kissed lilt of Down By The Seaside, the least rock and roll track of the lot and all the more refreshing because of it.